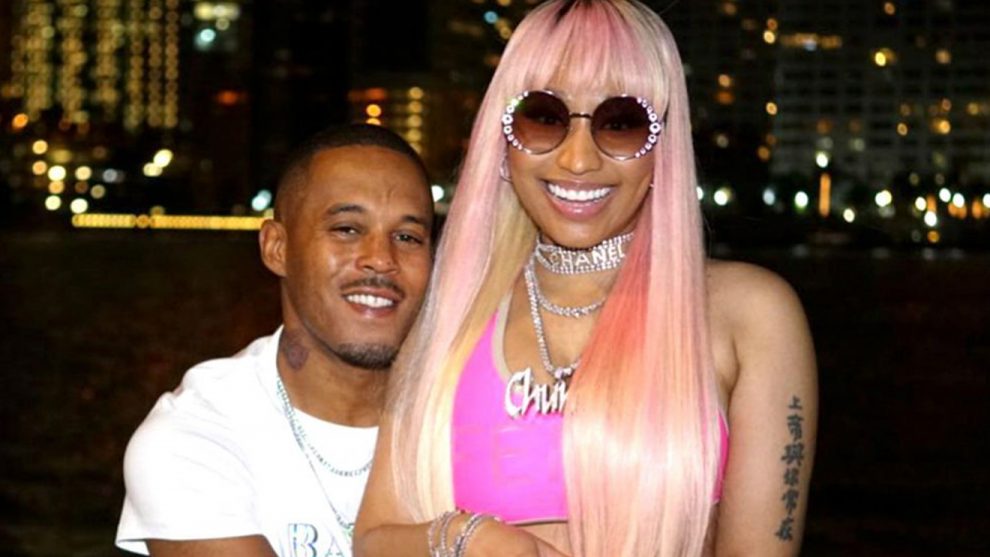 Nicki Minaj can finally refer to Kenneth “Zoo” Petty as her “husband” without confusing everybody.

After using the nickname to describe him in the past, the “Super Bass” rapper, 36, has finally married Petty, 41.

Minaj announced the exciting news on Monday with a video on Instagram, showing matching “Mr. and Mrs.” mugs and black and white baseball caps that had “Bride” and “Groom” written across the front.

Keeping it simple, the rapper captioned the short clip — referencing her new official name and seemingly the day that she and Petty officially tied the knot.

On the Aug. 12 episode of her Queen Radio show, Minaj revealed that she had filed for a marriage license and would be married in “about 80 days.”

“We still had to pick it up and I was traveling, by the time I came back, we had to renew it again,” she explained. “From that time, you have 90 days to get married. That was about a week ago, so now I have about 80 days.”

Even though she made it official, Minaj still had music priorities to attend to.

The rapper then raved about her beau, saying, “I’m very happy about that because my baby makes me so happy.”

Minaj and Petty have been dating since 2018, going Instagram-official with their relationship in December of that year.

“He want me to be his wife- his MISSIS like SIPPI NOW,” she captioned a series of photos of the two of them laughing together later that month at her birthday party (as well as a video of her grinding up on him).

Since then, the two have been hot and heavy on social media, posing in photo after photo together. Petty even debuted a new tattoo of the rapper’s birth name, Onika, weeks after they went live with their love.

In March, Minaj sparked questions about whether or not she had married Petty after calling him her “husband” on her radio show.

“Every night when I get out of the shower, my husband takes this really good lotion that we just bought, and he massages my feet, and rubs them, and he rubs each toe individually, and the heel, and the ball of my foot, and he does it all,” she said.

Back in June 2019, Minaj revealed on her new Queen Radio show on Apple Beats 1 that she and Petty had gotten a marriage license.

“We did get our marriage license,” she said. “I think I have what I was striving for, just happiness. It was so hard to get to a happy place. Now that I’m there, I don’t want to compromise that for anyone or anything.”

Also that month, Petty starred with Minaj in her newest music video, for the song “Megatron.”

The video featured Minaj and Petty in a hot tub as she sang, “I f— him like I miss him / He just came out of prison” — a line that fans interpreted as reference to Petty’s criminal record (He is a registered sex offender in the state of New York and served time in prison for manslaughter after being convicted in 2002).

Many fans have expressed concern over Petty’s criminal past, but Minaj doesn’t appear to care about the criticism.

Responding to commenters on Instagram, Minaj said, “He was 15, she was 16 … in a relationship. But go awf Internet. Y’all can’t run my life. Y’all can’t even run y’all own life. Thank you boo.” According to TMZ, Minaj has known Petty since they themselves were teenagers, and she is “confident he’s matured” since then.

By Dave Quinn and Joelle Goldstein

SONY Is Campaigning For Leonardo DiCaprio And Brad Pitt To Win Oscars For “Once Upon a Time in Hollywood” Roles
Star Wars: The Rise of Skywalker – Final Trailer