As her divorce from estranged husband Marc Daly continues to drag on, Kenya Moore is attributing most of the drawn-out drama to her lack of a prenuptial agreement.

Despite ‘The World’s Longest Divorce,’ Kenya Sees A ‘Hot Girl Summer’ In Her Future

TMZ caught up with the reality TV star and inquired about the status of her and Marc’s situation, which she referred to as “the world’s longest divorce” during a recent episode of Watch What Happens Live with Andy Cohen.

Kenya was specifically asked about why exactly the divorce is taking so long, and she had a simple response: “No prenup!”

In spite of the matter, though, Kenya said she “feel[s] confident that it will get resolved soon.” While she didn’t provide a specific timeframe, Kenya noted that she’s excited to get to enjoy a “Hot Girl Summer.”

Switching gears, we should also add that Kenya took a sweet moment to congratulate Keke Palmer on her pregnancy, and she offered some advice for the mommy-to-be.

“Savor every moment. Take lots of photos. Actually, if you can take time off, take time off, because you don’t want to miss any moment of them growing up.”

Kenya and Marc tied the knot back in 2017, and they welcomed their daughter—Brooklyn Daly—a year later. However, by Sept. 2019, the pair had announced their separation. Despite a short-lived reconciliation, she filed for divorce in Aug. 2021.

Since splitting up, things swiftly soured between the pair, and they were soon busy going at it in court.

The Situation Continues To Be ‘At A Standstill’

This isn’t the first time Kenya Moore has commented on her long-drawn-out divorce.

During the season 14 reunion for The Real Housewives of Atlanta, Kenya described the situation as a being “at a standstill.” She also noted that Marc Daly wasn’t seeking child support or alimony.

“He’s not asking for anything at this point. It’s just at a standstill. So until we get a trial date or settle, it’s still going to go on.”

Additionally, Kenya recently opened up to Tamron Hall about some of the factors that led up to her and Marc splitting up.

“We were having problems, and there was always this hope that we could get over it—that we could go to counseling and that it could be better…It was a struggle just to work through our differences even during the show. A lot of it was exposed, just how we weren’t getting along or weren’t on the same page.”

She went on to add that Marc made her feel pressured “to be a certain kind of wife” rather than accepting her for who she is.

“I felt like my voice was stifled a lot because I felt like I had to be a certain kind of wife to get along with him and his personality. That’s not what a marriage is about.”

Finally, we have to add that Kenya herself told Andy Cohen that she “dropped the ball” by not getting a prenup. Take note, Roomies!

What do you think about Kenya’s commentary, as well as her overall situation with Marc Daly? 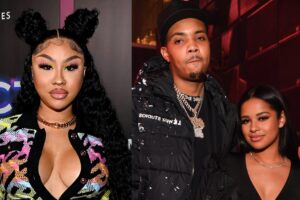 WATCH: Ari Fletcher Reacts To G Herbo Admitting He Cheated With Taina Williams: ‘Back Then I Would’ve Loved That’ 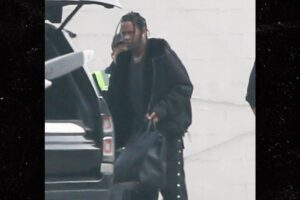 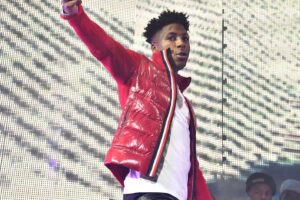