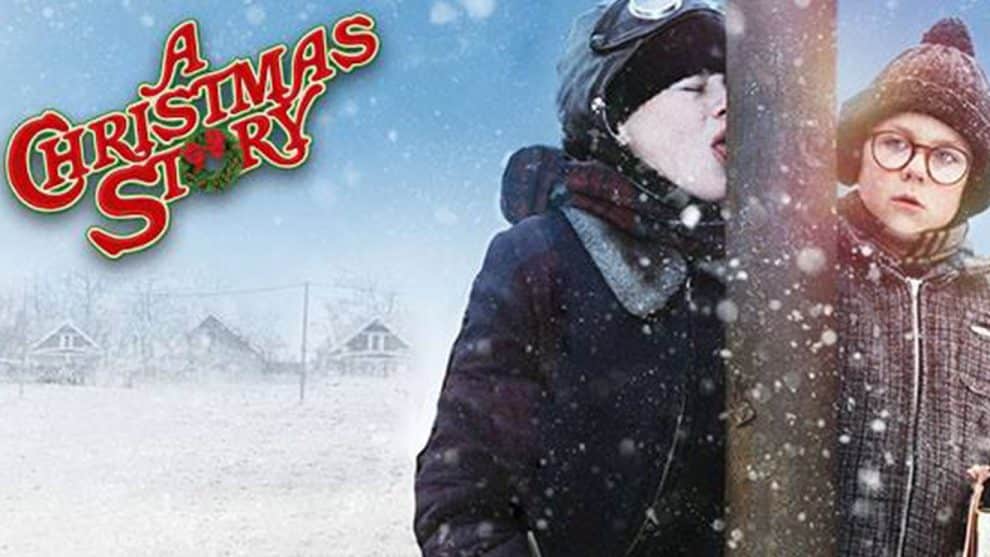 Krakowski and Diamantopoulos join previously announced cast members Emmy Award nominee Maya Rudolph (“Saturday Night Live,” “Bridesmaids”), who will star as “Ralphie’s” mother; two-time Tony Award winner Matthew Broderick (“How to Succeed in Business without Really Trying,” “The Producers,” “Manchester by the Sea”), who will star as the narrator; and Andy Walken, who will play “Ralphie.” Krakowski’s role in A CHRISTMAS STORY LIVE! reunites her with stage director and executive producer Scott Ellis, who directed the Tony-nominated Broadway revival of “She Loves Me,” in which Krakowski starred, receiving a Tony Award nomination for her performance.

Best known for her role as “Jenna Maroney” on the network comedy “30 Rock,” Jane Krakowski received four Emmy Award nominations for her performance. She was first introduced to TV audiences in her breakout role on FOX’s “Ally McBeal,” and currently can be seen in the streaming series “Unbreakable Kimmy Schmidt,” which has earned her an Emmy Award nomination and a Critics’ Choice Award. Her other television credits include “Modern Family,” THE SIMPSONS, “American Dad,” “Younger” and “Sesame Street.” Last year, Krakowski starred in the critically acclaimed and award-winning Broadway production of “She Loves Me.” In 2003, she received a Tony Award for her portrayal of “Carla” in the Broadway musical “Nine,” and she earned her first Tony Award nomination for her work in the original Broadway production of “Grand Hotel.” Other Broadway credits include “Company,” “Once upon a Mattress,” “Tartuffe” and “Starlight Express.” She also starred in “Guys and Dolls” with Ewan McGregor in London’s West End for which she earned an Olivier Award and the “Encores!” revival of “Damn Yankees,” opposite Sean Hayes. In 2012, Krakowski released her solo debut album, “The Laziest Gal in Town,” and performed a one-woman cabaret act at New York’s legendary Town Hall Theater. Her film credits include “National Lampoon’s Vacation,” “Alfie,” “The Flintstones in Viva Rock Vegas,” “Pretty Persuasion,” “Kit Kittredge: An American Girl,” “Cirque du Freak: The Vampire’s Assistant,” “Adult Beginners,” “Big Stone Gap” and “Pixels.”

Chris Diamantopoulos most recently starred on Broadway, opposite Sara Bareilles, in the hit musical “Waitress.” He will be seen next in the feature comedy “The Truth About Lies,” opposite Odette Annable; and the television series “The Dangerous Book for Boys” and “Let’s Get Physical.” His additional television credits include “Good Girls Revolt,” “Silicon Valley,” “About a Boy,” the revival of “Arrested Development,” “Episodes” and the final season of “The Office.” Diamantopoulos also can be heard as the voice of “Mickey Mouse” on the highly acclaimed cable series “Mickey Mouse,” and as the voice of a variety of characters on more than 20 episodes of “American Dad.” On film, Diamantopoulos can be seen in the independent feature “Man Vs.” and in Jonathan Sobol’s “The Art of the Steal,” alongside Katheryn Winnick and Kurt Russell. Diamantopoulos also appeared in the acclaimed Canadian film “Dr. Cabbie,” alongside Adrianne Palicki, and portrayed iconic comedian Moe Howard in the Farrelly Bros.’ “The Three Stooges.”

From Warner Horizon Unscripted & Alternative Television, A CHRISTMAS STORY LIVE! is inspired by the holiday classic feature “A Christmas Story” and the Tony Award-nominated Broadway production “A Christmas Story: The Musical.” The epic adaptation will be filmed at the historic Warner Bros. Studios in Burbank.

A CHRISTMAS STORY LIVE! will be produced by Warner Horizon Unscripted & Alternative Television. Marc Platt (“Grease: Live,” “La La Land,” “Wicked”) and Adam Siegel (“Grease: Live”) will executive-produce, with Jonathan Tolins and Robert Cary (“Grease: Live,” “Anything but Love,” “Ira & Abby”) serving as co-executive producers and writers. Scott Ellis (the 2016 Broadway revival of “She Loves Me,” “Weeds”) is an executive producer and will serve as the director overseeing the stage direction. Alex Rudzinski (“Grease: Live,” “Dancing with the Stars”) is an executive producer and will serve as the live television director. Benj Pasek and Justin Paul (“Dear Evan Hansen,” “La La Land”), who composed the original score to “A Christmas Story: The Musical,” will compose several new songs for the LIVE television event.