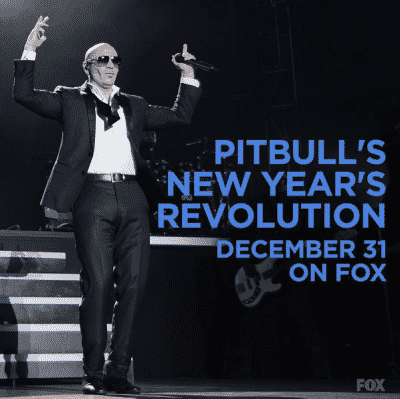 Mr. Worldwide is Back to Ring in the New Year on FOX!

Academy Award nominee and Emmy, Grammy and Golden Globe Award winner Queen Latifah, from the new FOX series STAR, and entertainment icon Snoop Dogg will host PITBULL’S NEW YEAR’S REVOLUTION airing Saturday, Dec. 31 (11:00 PM-12:30 AM ET live CT/MT/PT tape-delayed), on FOX. The special returns for the third annual New Year’s party, broadcast live from Miami’s Bayfront Park, with the breathtaking skyline and waterfront views as a backdrop to the celebration. Pitbull will start the year off right with epic surprises and this year’s biggest names in music to ring in 2017 Miami-style. Performers to be announced.