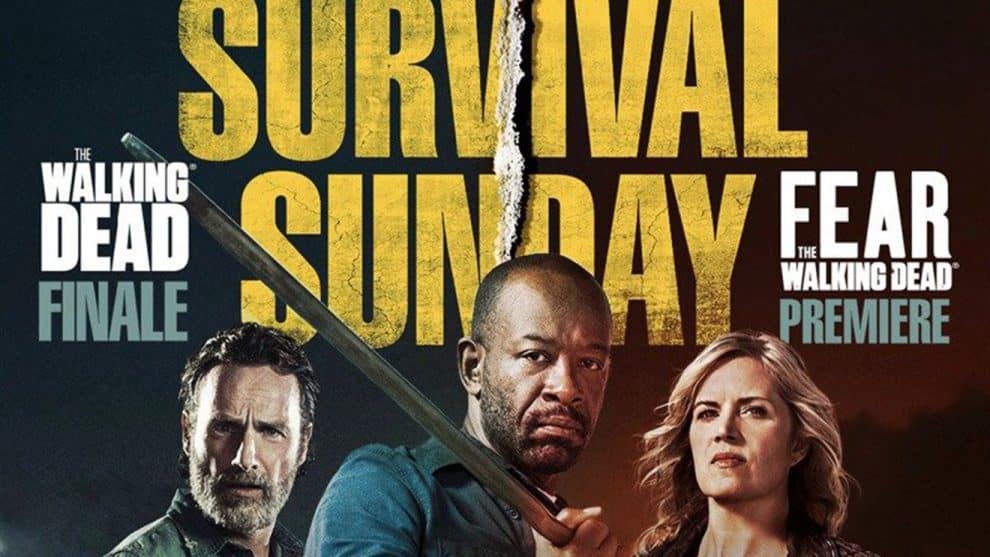 AMC is going big with The Walking Dead season eight finale and fourth season premiere of spinoff Fear — aka the franchise’s first-ever crossover.

IN a partnership with Fathom Events, both episodes will air in 750 theaters nationwide on April 15, the same night both episodes air on AMC. The movie theaters will unspool both episodes back-to-back, commercial free as well as feature exclusive bonus content. (That will be announced in the coming weeks.)

“Sunday, April 15 marks an epic and highly anticipated moment for these series, as worlds collide when Morgan (Lennie James) crosses over from The Walking Dead and into the new world of Fear,” said Theresa Beyer, senior vp brand activation at AMC. “We are thrilled to be working with our terrific partners at Fathom to provide fans from across the country the opportunity to experience this crossover moment in such a special way and among other members of one of television’s most passionate fan communities.”

Following the season eight finale of the flagship series, James will move over full-time to Fear as a series regular as the spinoff undergoes a massive makeover.

For details and tickets to the theatrical screening, click here.