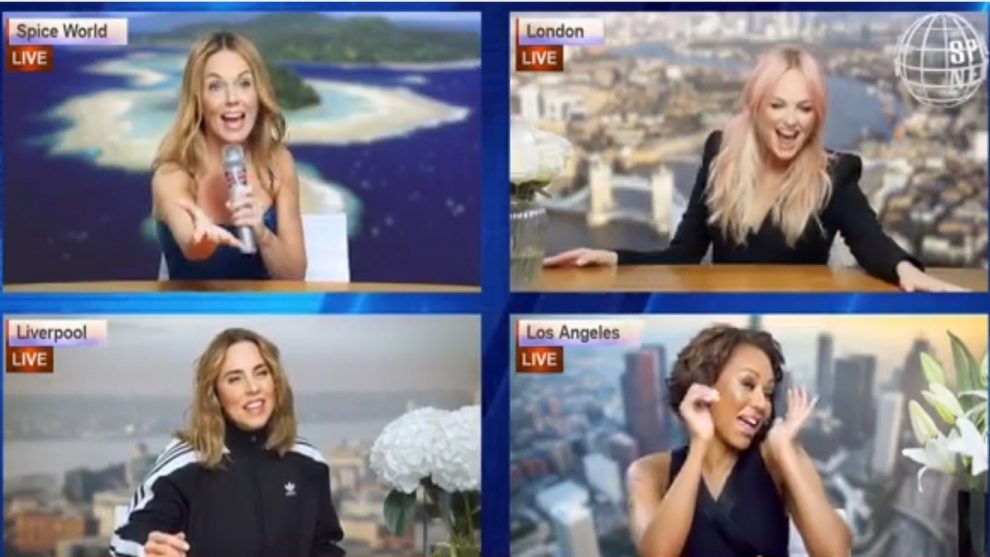 Showbiz’s worst-kept secret has finally, finally been confirmed. The Spice Girls are going on a reunion tour!

Mel B announced the news on today’s episode of Loose Women (November 5), but it comes with a caveat – the reunion features just four of them, without Victoria Beckham.

“Hopefully you’re going to buy some tickets and come and see us!” she said on the ITV daytime show.

“It’s just the four of us that are fully confirmed.”

The Loose Women panel asked Mel B about Victoria, asking if there’s any chance of her appearing.

“I hope so. I think it would be a shame if she didn’t,” she replied.

And when questioned about why Victoria has not opted to be part of the reunion tour, Mel B said: “Let’s ask her! Well, she’s got a full-on life with all of her work commitments and her fashion line and her kids. So you know, she’s just kind of not committing just yet.

“I’m hoping it’s going to change, but definitely us four.”

Mel B also revealed that they’re unsure what the interest is going to be like and how many tickets they will sell.

“Actually, we did have this conversation between us four, and a few of us were kind of like, ‘Is this going to sell? Hopefully people are going to want to come and see us’,” she shared.

“And I’ve got an inflated ego obviously! I said, ‘Of course it’s going to sell, come on!'”