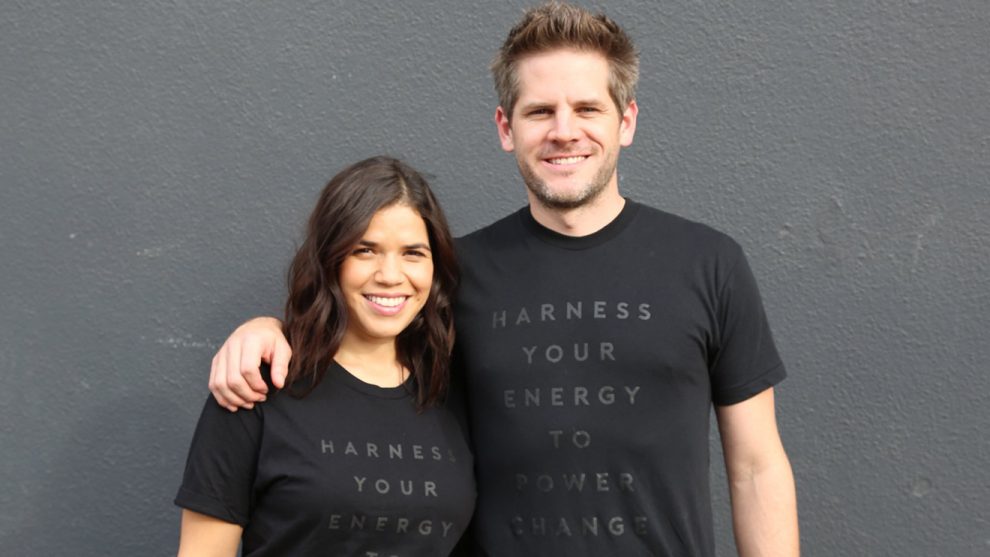 The sisterhood has a new member: America Ferrera’s baby boy.

The actress and activist welcomed her first child, with husband Ryan Piers Williams, named Sebastian Piers Williams, who will go by Baz. The couple announced the birth on Tuesday with a photo of the newborn’s tiny foot.

“When 2 become 3…Welcome Sebastian Piers Williams – aka Baz! Mom, Dad, and Baby are happy, healthy and totally in love! 😍😍😍,” Ferrera wrote in the caption.

Friends and fellow famous types like Reese Witherspoon, Jennifer Garner and Busy Philipps chimed in with warm wishes for the growing family.

“This is so beautiful,” “Jane the Virgin” star Gina Rodriguez wrote in a comment to the post. “Congrats super woman!!!!! Congrats mama and papa.”

Ferrera and Williams, who have been married since 2011, announced on New Year’s Eve that they were expecting their first child, posing with a photo of an adorable onesie.

With Baz’s birth, all four of the “Sisterhood of the Traveling Pants” lead actresses — Ferrera, Alexis Bledel, Blake Lively and Amber Tamblyn — are now mothers. They recently reunited, and Ferrera posted a photo of all of them placing a hand on her stomach.

The “Ugly Betty” alum wrote about the “work to do for the next generation” in the caption.

In February, Bledel confirmed that a new film in the franchise was in the works after years of fans begging for more stories of the fabled friends.

Ferrara says she has leaned on the cast throughout her pregnancy, asking them a “million questions all the time.”

“Everything from trying to wrap my mind around the actual birth itself and talking about what their experiences were and what to prepare for,” she told Us Weekly. “I’m lucky that I have so many amazing women around me who have had children and are in very similar positions as me — are working and have to get back to work. Having their support has been everything.”