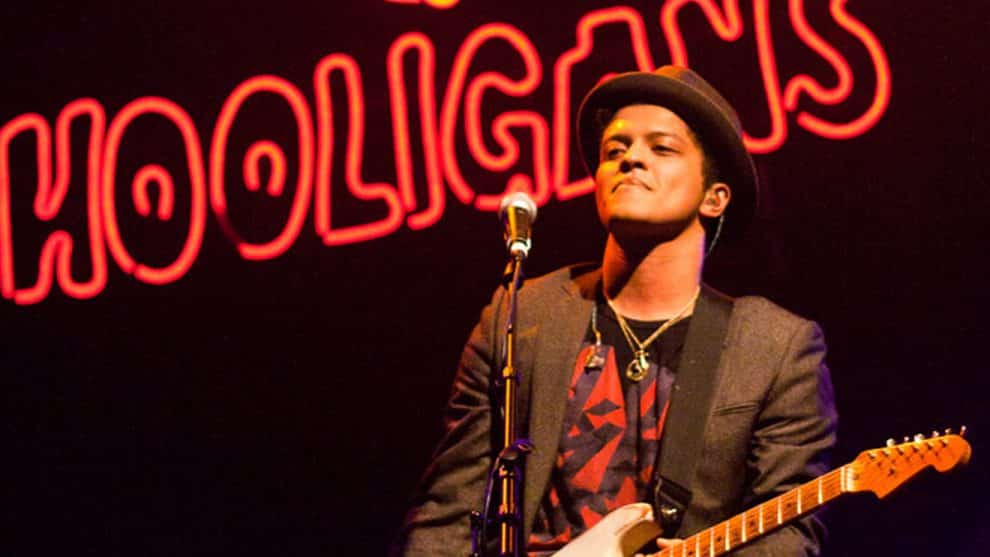 Bruno Mars has called on the Recording Academy to allow his new band to perform at Sunday’s (15 March) Grammy Awards.

In February, the “Uptown Funk” singer announced that he was teaming up with rapper Anderson .Paak to form a new group called Silk Sonic.

The duo released their first single “Leave the Door Open” on Friday (5 March).

However, Silk Sonic are now lobbying the Grammys to let them perform alongside the likes of BTS, Taylor Swift and Harry Styles at the forthcoming award ceremony.

In a post shared by Mars on Sunday (7 March), he wrote that the pair would happily audition if it meant they could take part.

“Dear Grammys, If you can see it in your hearts to allow two out of work musicians to perform at your show, we would really appreciate it,” Mars wrote. “We just released a song and could really use the promotion right now.”

Adding that the duo had “a lot riding” on the song’s success, he continued: “We haven’t been able to perform for a while and we just want to sing. We’ll send in an audition tape and take as many covid tests as we need to.

“I promise we won’t be extra. We just really want to gig again.”

It’s been nearly five years since Mars’s last album, 24K Magic, was released in November 2016. It won seven awards at the 2018 Grammys, including Album of the Year.