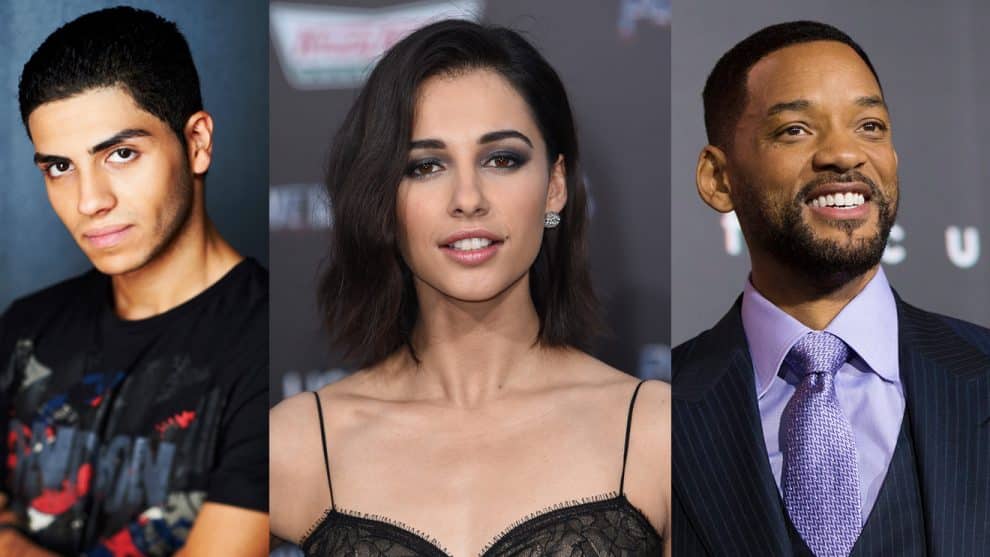 Your wish has been granted!

Disney has finally revealed the actor who will play the title character in Guy Ritchie’s live-action reboot of Aladdin.

And the winner is…Canadian actor Mena Massoud. He currently stars on the new Amazon series Jack Ryan. Meanwhile, Will Smith was confirmed to play the Genie, following past reports of his talks for the role, and Power Rangers star Naomi Scott will portray Princess Jasmine, Disney announced.

The news was revealed at Disney’s fan convention, the D23 Expo, at the Anaheim Convention Center in Anaheim, California, near Disneyland. Photos of the three actors were screened and fans went especially wild when Smith appeared.

So honored & grateful for the opportunity to help bring this magical story to life once again. Let's get to work! #Aladdin #Disney https://t.co/itxmiDHtLL

It was recently reported that the studio was having problems casting the lead character. They were looking for a man in his twenties who can sing and act and preferred someone of Middle Eastern or Indian descent. Slumdog Millionaire‘s Dev Patel and The Night Of‘s Riz Ahmed were also considered for the part. Disney originally planned to begin production in July, but pushed back filming until August due to the casting difficulties.

The casting of Aladdin’s love interest depended on the chemistry between the two main actors. The Hollywood Reporter said that Indian actress Tara Sutaria was also among the contenders.

No release date for the Aladdin reboot has been announced.

“Surly” Goes Nuts! – THE NUT JOB 2: NUTTY BY NATURE – In Theaters August 11
‘Doctor Who’ Series Will Be Welcoming Jodie Whittaker As The First Female Doctor This Christmas