Welcome to LATINA’s weekly roundup of the best new music. The new year is already bringing us some hot new tracks. This week’s list includes new music from Yahritza y Su Esencia and BRATTY, while Kali Uchis revisits one of her classic tracks.

Yahritza y Su Esencia is going strong into 2023 with their new single “Cambiaste.” Last year, the Mexican-American trio broke through with the debut single “Soy El Unico.” At 15-years-old, lead singer Yahritza Martínez became the youngest Latin artist to appear on Billboard’s Hot 100 chart. With “Cambiaste,” Martínez and her brothers Mondo and Jairo push their sierreño sound into the future. The heartbreaking ballad blends in elements of alternative music as Martínez sings about yearning for a lover who had a change of heart. Yahritza y Su Esencia’s music is evolving while Martínez’s voice remains timeless.

Kali Uchis kicked off the new year by revisiting one of her classics. The Colombian-American singer released a live performance of her song “Melting,” a track originally released in 2015 on her EP “Por Vida.” In the new video, her voice soars as she sings the doo-wop song with new pizazz. It’s a beautiful re-imagining of the sweet love song. Uchis has promised that she will release two new albums later this year.

Nohemy is pushing Latin music to new places with her dance music influences. In November of 2021, the Puerto Rican singer teamed up with her producer THE CRVV for their collaboration “Te Vas” that embraced elements of house music. Now, Nohemy has released a remix of the song that features Robi, a fellow Puerto Rican artist on the rise. In the alluring love song, they trade sweet verses about a romance that’s blossoming between them. Their collaboration chemistry makes “Te Vas” all the more magical.

Snow Tha Product released another music video from her breakthrough album “To Anywhere.” The Mexican-American rapper closed out 2022 with the sultry video for “Piña,” featuring Lauren Jauregui. Now she is tearing in 2023 with the video for “Bájala” alongside Santa Fe Klan where she celebrates her Mexican roots. Snow Tha Product and Santa Fe Klan get the party started while letting their swaggering rap flows run wild over a dembow beat. It’s a beast of a club banger where two of Mexico’s rising hip-hop stars collide.

Last year, Kim Loaiza broke through with the hit “Después De Las 12” alongside Ovi. The rising Mexican pop star was later named as the most-viewed artist globally on TikTok in 2022. She is keeping the momentum going with her new single “Apreton” that was produced by Dj Luian and the Mambo Kingz. Loaiza holds her own in the sexy reggaeton banger alongside Puerto Rican rappers De La Ghetto, Darell, and Kevvo. In March, Loaiza will tour the U.S. for the first time with her husband JD Pantoja.

Lizz is stepping into the new year with a girl power anthem. The Chilean artist teamed up with Tomasa Del Real for the aptly-titled collaboration “Amiga.” The two women previously collaborated in 2021 for the neoperreo banger “La Puteria.” In the empowering “Amiga,” Lizz and Tomasa Del Real offer their assurances to a girlfriend who’s getting over a toxic relationship. The duo comes through with a heartfelt ode to self-worth that’s also perreo-ready for the club.

Lola Índigo is teaming up with one of Latin music’s most beloved superstars. The Spanish pop star joined forces with Luis Fonsi for her new single “Corazones Rotos.” In 2021, she broke out with the girl power anthem “Niña De La Escuela” featuring Belinda and Tini. Now in 2023, Índigo is giving Spanish-language pop an EDM twist. Alongside Fonsi, she trades verses with him about getting over heartbreak in the club. Índigo has the perfect post-breakup banger that Fonsi sweetens with his romantic touch. 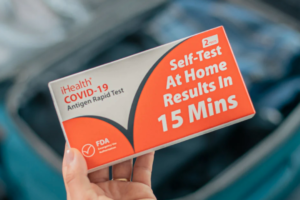 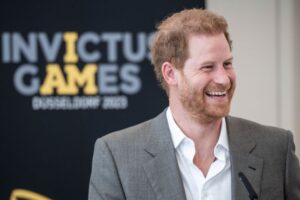 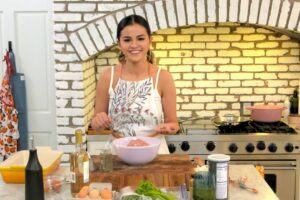 16 Best Meal Kit Deals to Save You Time and Money in the Kitchen: Blue Apron, HelloFresh, and More