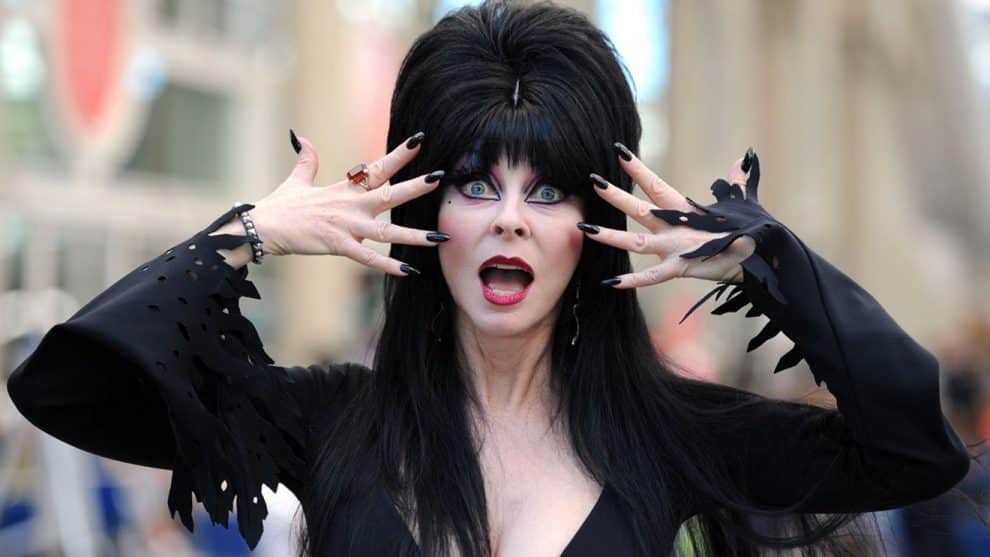 The mistress of the dark is kissing the stage goodbye.

Elvira is retiring as a live performer after nearly fifty years in the entertainment industry, according to The Gazette. She’s set to appear in her final show at Knott’s Berry Farm, where she’s been headlining Halloween performances for 21 years, on Tuesday.

“I just decided that, you know, doing live shows is really difficult and it takes up a big chunk of time every year,” Elvira, born Cassandra Peterson, told The Gazette.

Although she’s through with on-stage performances, the queen of Halloween isn’t hanging up her sexy black gown for good just yet.

“I would love to be back on TV with a regular show. We’ll see how it goes. And maybe in between there, have a life,” Peterson told the Gazette.

The iconic actress waxed poetic about the earliest days of her career, recounting the phone call from a local news network in need of a host of a late night horror movie showcase that took her from a wannabe to a household name.

“When I got the call, and then I got the job, I wasn’t that excited. It was for local TV and wasn’t paying very much at all – $300 a week before taxes,” she remembered.

“It wasn’t something to really survive on but I was happy to have any job. I wouldn’t have dreamed in a million years that it would have taken off and turned into a career and I’d be doing it 36 years later.”

Eventually, Peterson, 66, got a call from “The Tonight Show” with Johnny Carson, which signaled to her that times were changing, according to the Gazette.

In an earlier interview with the Orange County Register, the actress outlined her plans for life after on-stage retirement.

“And one is a possible television project. I’m working on getting all of those out and really also need to free up some time to concentrate on those because when you take three months out of the year ever year, I feel like I never get anything done.”

She admitted that she’s “going to really miss” performing at Knott’s Berry Farm.

“Elvira, Mistress of the Dark” kicks off at 9 and 11:30 p.m. nightly at Knott’s Berry Farm in Buena Park, California.