The Met Gala may be the pinnacle of class and elegance, but that didn’t stop Beyoncé’s little sister, Solange, from having what appears to be a very unrefined and violent freak-out on Jay Z at an afterparty. In surveillance video obtained by the ever-watchful TMZ, Solange is seen entering an elevator at the Standard Hotel with her sister and brother-and-law. Within seconds, she approaches a white tux-clad Jay Z and seemingly starts yelling (alas, there’s no audio). She takes a swing, which he calmly blocks without reciprocating as Beyoncé stands next to him.

At that point, the confrontation escalates as Solange, still in the poufy peach gown she wore to the May 5 gala, hits and kicks at Hova, who continues to fend off the blows while looking unfazed (feel free to insert a “99 Problems” joke in here somewhere).

A minder eventually steps in and tries to restrain Solange, who gets in a few more kicks — some alarmingly close to Jay’s family jewels — before Beyoncé steps in front of her husband (she also slips Solange’s shoe back on her foot). TMZ says that the bodyguard hit the emergency brake on the elevator during the fracas, apparently so their private business wouldn’t become public.

An extended version of the video shows Solange apparently haranguing Jay for a couple more minutes before she aims more blows at him as they all exit the elevator. In a statement, the Standard Hotel says it’s “shocked and disappointed” over the “clear breach of our security system” and “will discipline and prosecute the individuals involved to our fullest capacity.”

No word on what exactly led to the dust-up, although a source tells Us Weekly, “Solange flipped out over something Jay had said, that she took the wrong way. She took it too hard or too far. Not sure what it was, but she greatly overreacted.”

All three left the Standard together, but security placed Beyoncé and an angry-looking Solange in one car and directed Jay Z to another. Mario Lopez Teams Up With Menudo Productions To Reinvent Menudo 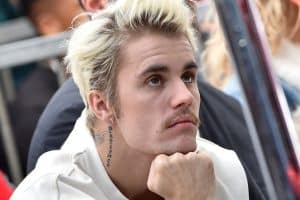