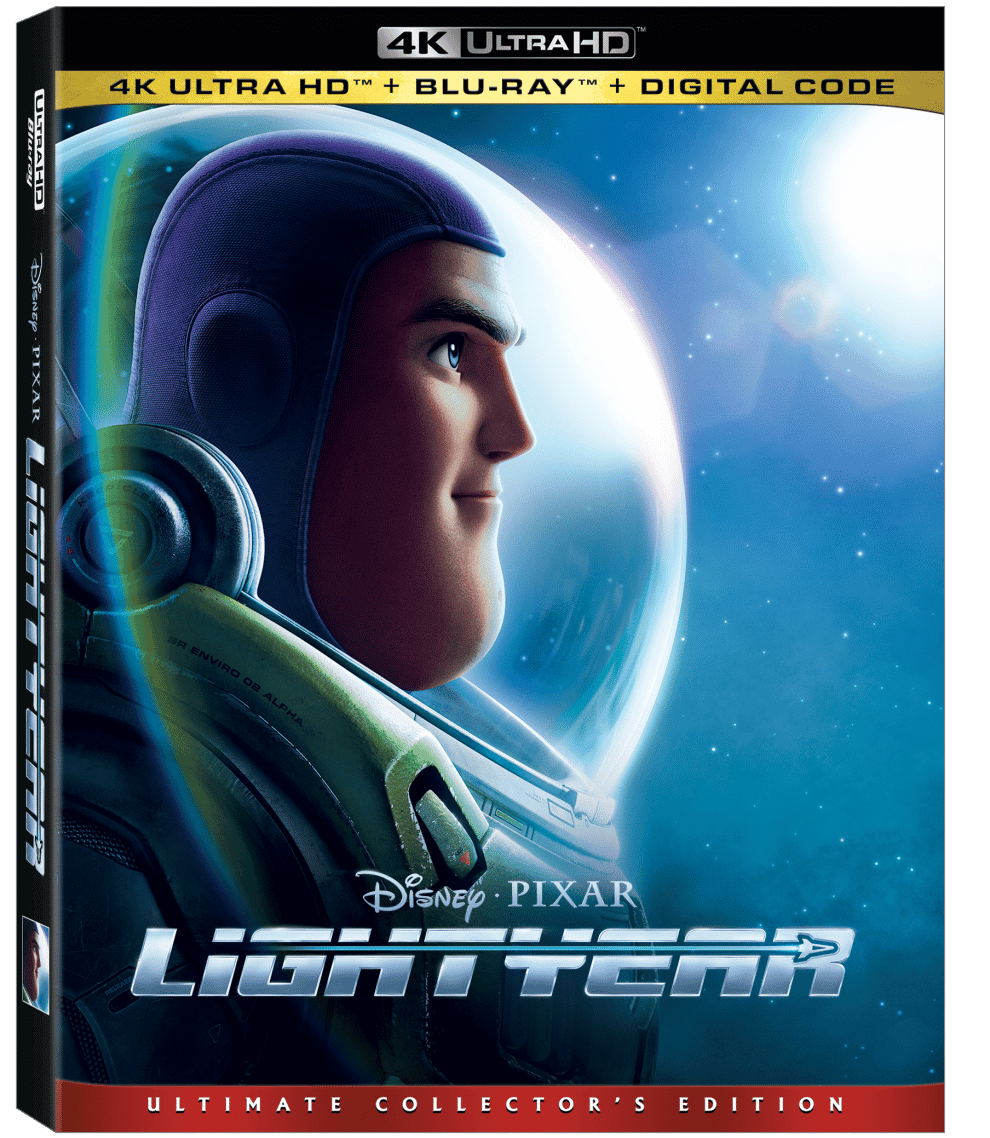 You know the toy. Discover his story when Disney and Pixar Studios’ epic space adventure Lightyear available on Digital now, and on 4K Ultra HD, Blu-ray and DVD September 13.

Described as an “Extremely fun action sci-fi film that will bring a smile to fans of the character” (Ross Bonaime, Collider) and Certified-Fresh on Rotten Tomatoes™,Lightyear brings to vivid life the origin story of the iconic Space Ranger.

Pixar fans can add to their Toy Story movie collection, and access bonus content including exclusive deleted scenes, featurettes and an audio commentary by filmmaker Angus MacLane. Lightyear will also stream on Disney+.

From Disney and Pixar comes an animated sci-fi action-adventure — the definitive origin story of Buzz Lightyear (voice of Chris Evans), the hero who inspired the toy. Lightyear follows the legendary Space Ranger on an intergalactic adventure alongside ambitious recruits, Izzy, Mo and Darby, and his robot companion Sox. As this motley crew embark on their toughest mission yet, they must learn to work as a team to escape the evil Zurg and his dutiful robot army who are never far behind. Zailey Unidad Flores: Missing 21-Year-Old Black Girl In Grave Danger After She Called Her Mom From Tijuana Saying She Was Going To Die