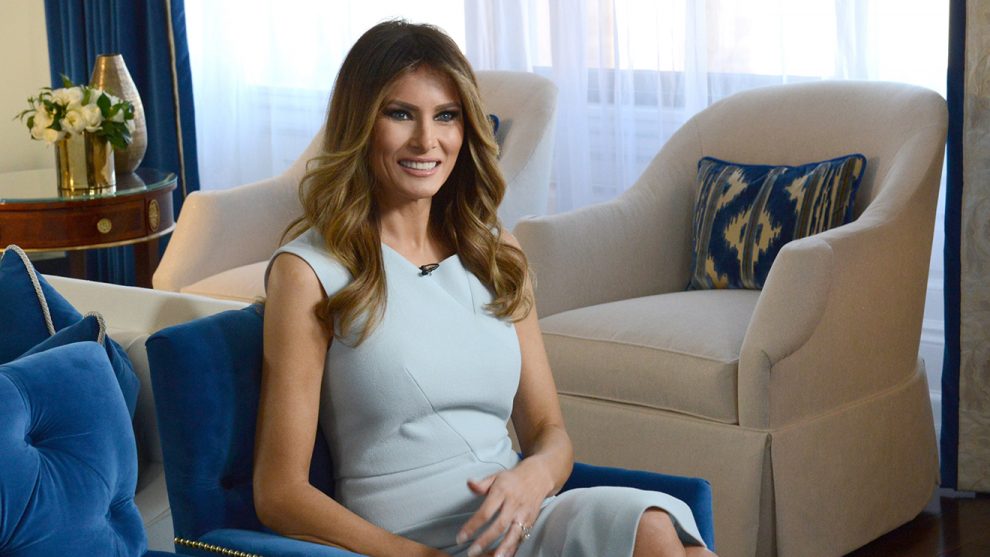 Trump underwent an embolization procedure at Walter Reed National Military Medical Center that “was successful and there were no complications.”

Trump, 48, is expected to remain in the hospital for the rest of the week, according to the statement from the first lady’s communications director, Stephanie Grisham.

“The First Lady looks forward to a full recovery so she can continue her work on behalf of children everywhere,” the statement says.

President Trump remained at the White House during the procedure, but left to visit his wife later Monday.

“Heading over to Walter Reed Medical Center to see our great First Lady, Melania,” he tweeted. “Successful procedure, she is in good spirits. Thank you to all of the well-wishers!”

Heading over to Walter Reed Medical Center to see our great First Lady, Melania. Successful procedure, she is in good spirits. Thank you to all of the well-wishers!

According to the pool report, the president arrived at Walter Reed, via Marine One, at 5:18 pm ET. On the way to the hospital, the president also sent a tweet attacking White House leakers and the media.

“The so-called leaks coming out of the White House are a massive over  exaggeration put out by the Fake News Media in order to make us look as bad as possible. With that being said, leakers are traitors and cowards, and we will find out who they are!”

Trump was last seen with her husband on Thursday when they greeted three Americans at Joint Base Andrews in Maryland who were released from North Korea.

The surgery comes just a week after Trump announced her official platform to improve the well-being of children through her “Be Best” campaign.

“There is one goal: to educate children about the many issues they are facing today,” she said in a speech in the Rose Garden on May 7. “If we truly listen to what our kids have to say, whether it’s their concerns or ideas, adults can provide them the support and tools they need to grow up and be happy productive adults.”