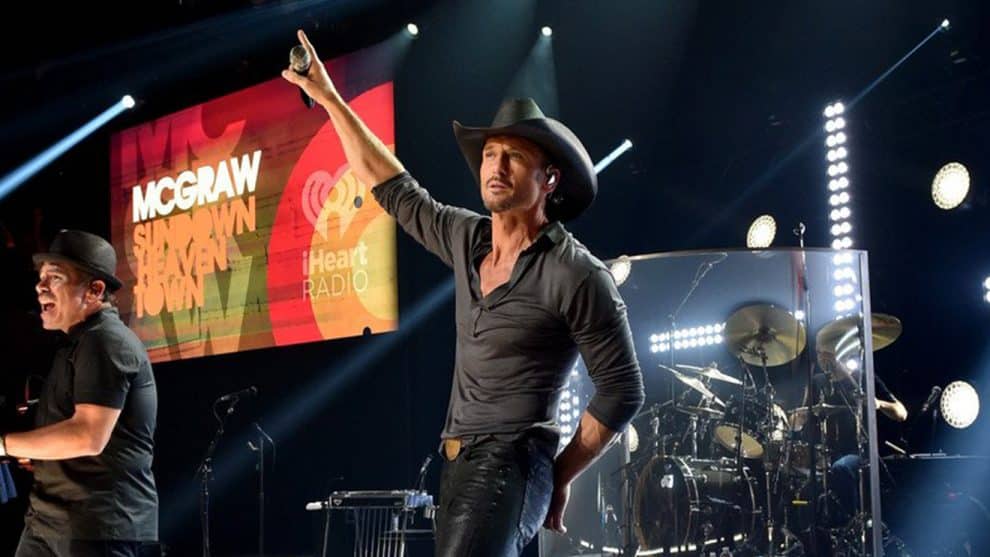 Multiple reports from fans indicate that McGraw had just finished “Humble and Kind” and was taking the crowd’s response in before he fell to his knees and needed assistance getting off the stage. After a break, Faith Hill came to the front of the stage with the couple’s band (it was a co-headlining date) and explained that her husband was dehydrated. She had made the decision that he would not return to the stage.

“We’ve all been a little bit dehydrated traveling so much,” she said, adding that it was her call. The crowd erupted in applause at hearing this and began chanting, “Get well, Tim!”

Local entertainment journalist Eddie Rowley tweeted that a publicist said McGraw was treated on site and will be fine. After her announcement Hill performed a gospel song called “What a Friend We Have in Jesus” and ended the show.

The C2C (Country to Country) Festival is a three-day, three-city country music festival in Europe. The concert was at the 3Arena. The couple had played in Glasgow and London the previous two nights.

McGraw’s Soul2Soul Tour with Hill will resume on May 31 in Richmond, Va., and they will tour heavily through July. They started the tour in 2017, announcing they’d also be releasing an album of duets, which they did. The Rest of Our Life was came out on Nov. 17.