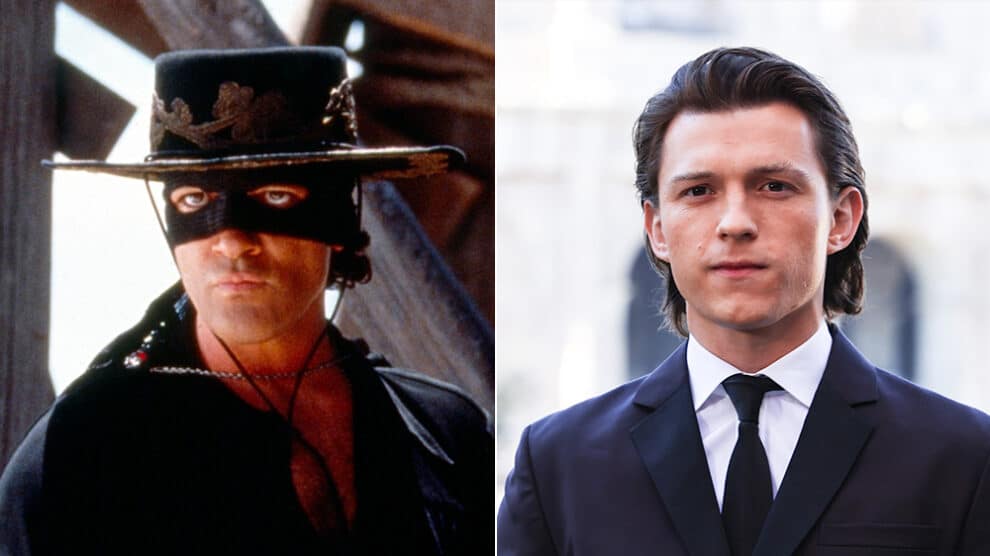 Antonio Banderas has expressed renewed interest in returning for another “Zorro” film. Speaking with Comicbook.com, the actor shared that he’d be open to helping another hero take on the mantle.

“Yes, I would, I would consider that possibility, why not?” Banderas said when asked about returning for a potential follow-up. “If they called me to do ‘Zorro,’ I would do what Anthony Hopkins did for me, which is to pass the torch.”

Who should the torch go to in Banderas’ opinion? He put his vote down for Tom Holland, who he recently starred alongside in Sony’s “Uncharted,” based on the popular Playstation video game series.

“I did ‘Uncharted’ with him, and he’s so energetic and fun,” Banderas said of Holland’s acting style. “He’s got this spark, too. Why not?”

Banderas first portrayed the masked vigilante in 1998’s “The Mask of Zorro,” which featured Hopkins as Don Diego de la Vega, the original Zorro, and Catherine Zeta-Jones. The feature follows Banderas’ character as he takes over the mantle, tutored by Hopkins’ mentor. The success of the first film led to a sequel, 2005’s “The Legend of Zorro,” which did not fare as well critically or commercially.

Banderas can next be heard — but not seen — in the upcoming DreamWorks sequel “Puss in Boots: The Last Wish,” in which he voices the titular, Zorro-like hero that first originated in DreamWorks’ “Shrek” films.

Currently, sans any potential “Zorro” reboots, Holland is starring in the Apple TV+ series “The Crowded Room” and is also attached to play actor and dancer Fred Astaire in an upcoming Sony biopic.