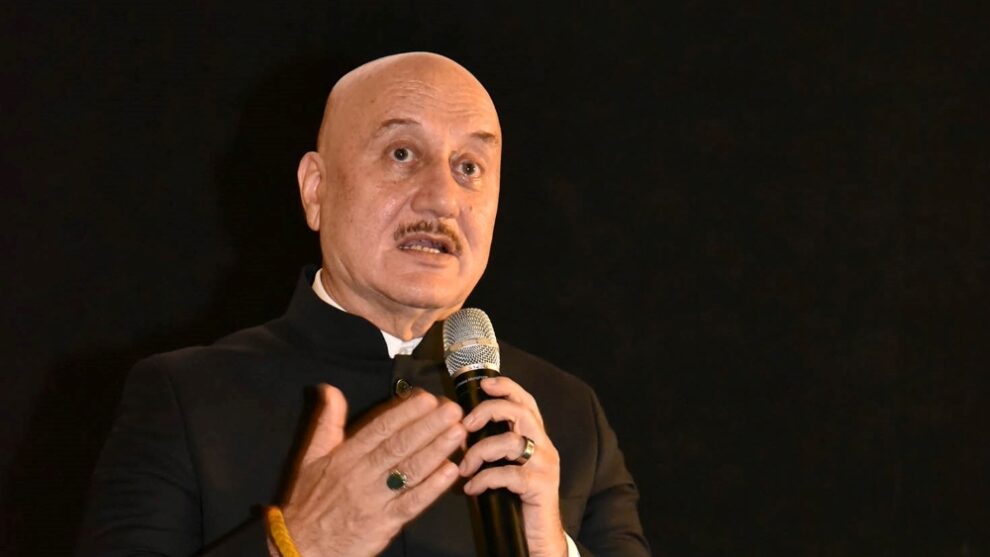 Beloved Indian actor Anupam Kher (“The Silver Linings Playbook,” “New Amsterdam”) has had a tremendous 2022 on screen. This year’s credits include three successful Indian films – “Kashmir Files”, “Karthikeya 2” and “Uunchai” – but now the familiar face says he is ready to return behind the camera.

Speaking to Variety on the side-lines of the International Film Festival of India (IFFI), Kher said, “I would love to direct. After a long time, a story has come to me. My niece is autistic and I have a story about a grandfather and his autistic granddaughter who live together. I have a rough structure already. Once I write the script, I may start by the end of this year or next year.”

Such a move would come twenty years after his feature directing debut, 2002’s “Om Jai Jagadish”.

Before that, he will close out this year with the release of Tamil horror “Connect” (December 2022), in which Kher plays a priest conducting an exorcism via Zoom.

He’s also on board to start shooting Canadian filmmaker Eisha Marjara’s “Calorie,” which was in the Co-Production Market at Film Bazaar in 2016. Produced by Joe Balass of Compass Productions and Filmoption International, it is an inter-generational story of three women whose past lives collide during an emotionally-packed summer trip to India. “It’s a very good script. Unfortunately, it has been delayed, but I will shoot for that. It will be filmed in Canada and India,” Kher said.

For personal reasons, Kher had to cut short his contract on NBC medical series “New Amsterdam.” But he’s got his hands full with projects in India. Besides “Connect,” he has produced and acted in Gajendra Ahire’s “Signature,” which, he tweeted recently, is his 525th film.

Asked how he felt being described as ‘veteran’ or ‘thespian’, Kher said, “I hate it. It’s their way of saying you’ve done enough. But I know my capabilities now. Earlier you have more to prove. Now, I make my job difficult. It’s only when you make your job difficult, that you can look at a role from different points of view. I discovered that competence is the biggest enemy of brilliance. When you’ve done so much work you feel you know it all, and that’s a dangerous situation.”

Kher conducted a Masterclass on ‘Performing for Screen and Theatre’ at IFFI 2022.