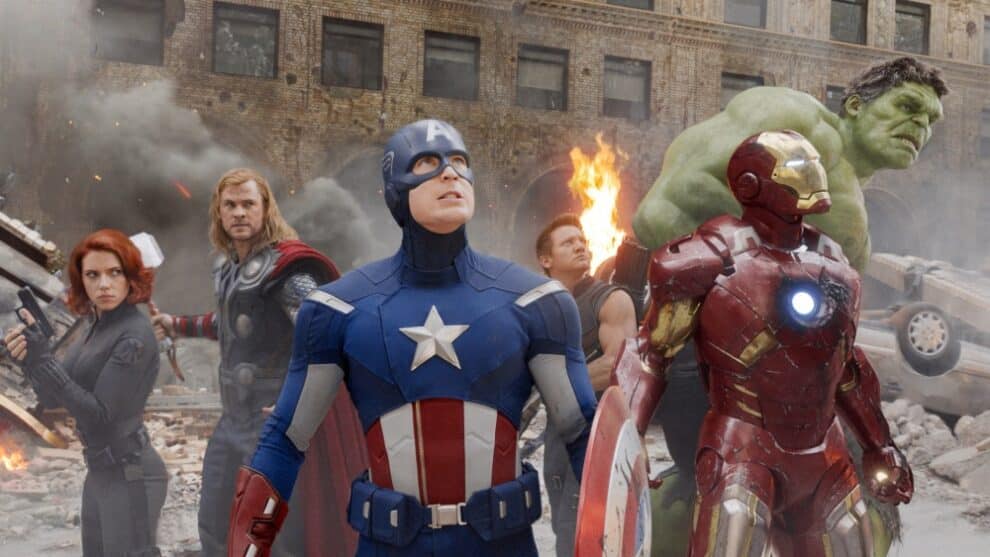 Friends that pretend to save the world together also roast the hell out of each other. During a visit on “Jimmy Kimmel Live!,” Chris Hemsworth revealed that the six original actors from Marvel’s “The Avengers” used their group text chat to roast Chris Evans for his recent People magazine cover declaring him the “sexiest man alive.” The annual People cover was revealed Nov. 7 with a cover photo featuring Evans flexing his muscles while holding his hands behind his back.

“It very quickly was like, ‘What are you doing with your hands back there?’” Hemsworth said. “Downey said he’s being arrested. I said it was a beautiful mugshot. Then Jeremy Renner said a series of things which we won’t repeat.”

The original “Avengers” group chat consists of Hemsworth (Thor), Downey Jr. (Iron Man), Evans (Captain America), Renner (Hawkeye), Mark Ruffalo (Hulk) and Scarlett Johansson (Black Widow). The six actors joined forces for the first time in 2012’s “The Avengers” and went on to star opposite one another in several Marvel movies, from “Avengers: Age of Ultron” to “Avengers: Endgame.”

According to Hemsworth, Renner often keeps the “Avengers” group chat “filthy.” The Thor actor was named “sexiest man alive” back in 2014, so he called Evans’ title this year a “passing of the torch.”

Accepting the title on Nov. 7, Evans had this to say: “My mom will be so happy. She’s proud of everything I do but this is something she can really brag about.”

People’s sexiest man alive feature has been an annual event for the publication since the award’s inception in 1985 with inaugural winner Mel Gibson. Last year’s honoree was Paul Rudd, while other recent winners include Michael B. Jordan, John Legend, Idris Elba and Blake Shelton. BBC Chair’s Links to Former U.K. Prime Minister to Be ‘Reviewed’ by Board Damien Chazelle’s ‘Babylon’ With Brad Pitt & Margot Robbie Screens For Hollywood Crowd -Does It Have The Stuff Of Oscars?
Amanda Montell’s Book ‘Cultish: The Language Of Fanaticism’ Being Adapted As Docuseries By Topic Studios & Loveless