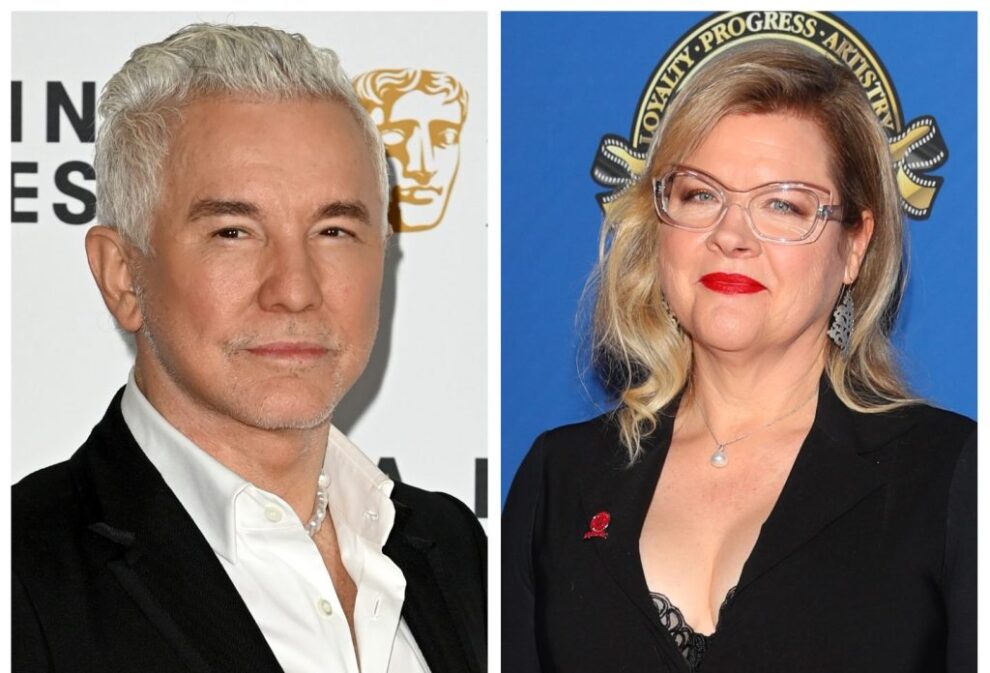 Baz Luhrmann brought his Elvis roadshow to Poland Monday evening with a thunderous screening of the music biopic at the Camerimage film festival, followed by a raucous Q&A alongside his longtime DoP Mandy Walker. However, when Luhrmann spoke to Deadline the next day, he cut a more somber figure.

Dressed in all black, Luhrmann was in a self-reflective mode after spending the day with a group of young Ukrainian refugees who now call the city of Torun, the festival’s main hub, home.

“It was unexpectedly very emotional,” Luhrmann said sporting a bedazzled heart-shaped brooch in the colors of Ukrainian yellow and blue pinned to his suit.

The trip had been inspired by a short documentary he and Walker caught at the festival by a pair of Ukrainian filmmakers. The doc screened as part of the festival’s opening ceremony and features the names and images of former Ukrainian film industry professionals who have joined the country’s armed forces and are currently serving on the front line.

“When you see people who do what we do, which is point cameras and lay dolly and put up a microphone and try to record a story, with weapons, it just sort of brings it all home,” the director said before praising the efforts Poland has made to support those fleeing the conflict.

“The generosity of Poland is on another level. We’re not talking thousands, we’re talking millions of people they’re taking in. And amongst that is this festival,” he added.

Elvis is among the 12 titles in the main competition at Camerimage, which is dedicated to the art of cinematography. The film is also Luhrmann’s latest collaboration with Walker, who he described as his “joint at the hip DoP.”

Walker previously lensed the director’s 2008 epic Australia and his Chanel No. 5 campaigns that famously featured Nicole Kidman and Gisele Bündchen. As always, Walker joined Elvis early on, shooting audition tapes and mapping out a visual language for the film, a task complicated by the pair’s desire to shoot inch-for-inch recreations of Elvis Presley’s most famous live performances.

As part of the process, Walker had special bespoke camera lenses made to match images of Elvis from the 1950s, 60s, and 70s, as well as effective but period-appropriate lighting fixtures. For the film’s marquee recreation of Elvis’s 1968 NBC “comeback special”, Walker had modern ARRI cameras fitted into old TV floor cameras so that every camera angle could match up to the original broadcast.

“We were replicating footage that exists, and that anyone can look at on the internet. And Austin was perfectly in sync with the real Elvis,” Walker said.

Luhrmann told Deadline that each of the film’s live performances were shot all the way through, with Austin Butler performing full concerts on screen. The director said he would almost certainly release footage of these extended concerts at some point in the future, but he killed rumors that an extended theatrical cut of the movie is on the way.

“There is no such thing as the four-hour cut. It’s a four-hour director’s assembly, and that just means we put all the stuff together,” he said.

The Warner Bros. pic is currently one of the year’s highest-grossing movies, with $286 million worldwide, and throughout the film’s promotional campaign, Luhrmann has discussed the importance of the theatrical experience to his filmmaking practice.

Later Tuesday evening, during a masterclass with local filmmakers in Torun, Luhrmann said he fought hard during negotiations for the film to keep it off streaming services and in the cinema.

“I said I’m gonna withdraw this film if it goes straight to streaming,” Luhrmann said. “The promise was that it wouldn’t only be in a theater, but we’d double the window of it being in the theater.”

Elvis was Luhrmann’s first return to feature filmmaking since 2013’s The Great Gatsby, starring Leonardo DiCaprio and Carey Mulligan. Next, however, he is set to move over to the small screen with an expanded and reimagined series adaptation of his 2008 film Australia. The series will premiere on Disney streaming platforms as a six-part limited series, but Luhrmann told Deadline that he plans to make a speedy return to the cinema.

“I will get back to moviemaking quicker than I normally do,” he said. “I don’t know why, but maybe because I made this film during the pandemic, and it almost died. And we got it through the pandemic. It was the smoothest shoot we’ve ever had. It came in on time and under budget, which is rare for me, so I feel energized.”

MAD Solutions Snaps Up Trio of Cannes and Venice Titles Ahead of Middle East Premieres (EXCLUSIVE)
‘Strange World’ Cast and Creators on the Disney Film’s Biracial, LGBTQ Character: ‘You Don’t Have to Normalize Normal. It Just Is’