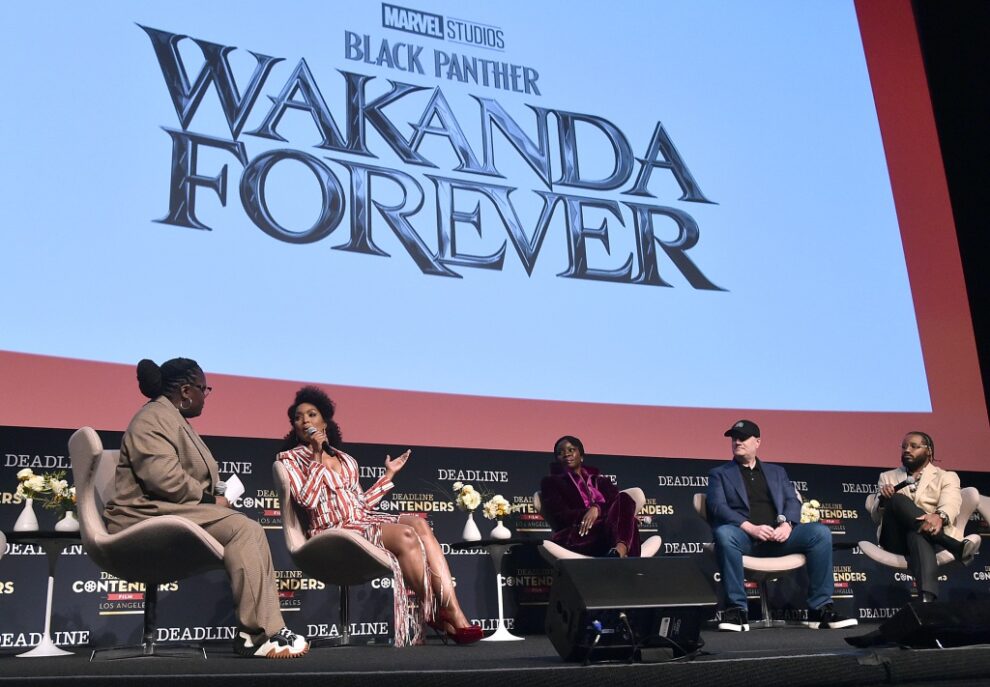 Following up the enormous success of a box office-shattering, Academy Award-winning film with a sequel carries its own pressures and challenges, but for the team behind Black Panther: Wakanda Forever, they also had to navigate production and life after the loss of their beloved lead, their king, T’Challa, the Black Panther himself Chadwick Boseman. Director Ryan Coogler discussed moving forward in the wake of Boseman’s tragic passing in 2020.

“The biggest change was the decision to have a different protagonist,” he said Saturday at Deadline’s The Contenders Los Angeles event. “That was a risky change. [Boseman] and the character were very aligned … so it was the best way for us to move forward with a story about a mother and a daughter. It became very clear to us that would be the relationship that would anchor the film. … We got really excited about making a superhero movie about motherhood, about a Black mom and a Black daughter.”

“In terms of the grieving, it was intense,” Gurira said of the process. “Chadwick left such an amazing example of an anchoring leader and a man of excellence and really of generous leadership.”

Bassett shared the sentiment. “We lost a bit of our North Star, but we’ve seen the star and how it shines and what it takes to shine,” she said.

Gurira continued, with a sweet insight into how they continue to honor Boseman on set: “I had pictures of him in certain places and that would anchor me. Ryan had a picture of him on his neck, that would anchor me. … The culture that Chadwick cultivated in that first movie was present, he was always with us when we trained in the second movie, too.”

Walt Disney Studios’ Black Panther: Wakanda Forever premiered in Hollywood on October 26 and was released in the U.S. on November 11. It is the second-biggest opener of the year at $181 million, breaking the domestic debut record for the month of November.

Check back Monday for the panel video.