Black Panther: Wakanda Forever faces a tall task in continuing the story of the Black Panther mantle while dealing with the heartbreaking loss of star Chadwick Boseman. But in addition to finding heroic hope in the midst of tragedy, director Ryan Coogler also took on even more meaningful creative moments in his sequel, introducing some important new characters to the MCU.

Apart from new hero Ironheart, aka Riri Williams (Dominique Thorne), Wakanda Forever also introduces audiences to the film’s antagonist, Namor the Sub-Mariner, a long-anticipated character who could have major implications on the future of the Marvel Universe.

A major antihero who has existed within the Marvel comic canon since 1939, Namor is the mutant son of a human sea captain and an Atlantean princess. He was, technically, the first mutant character to appear in Marvel comics, though later mutants like Wolverine and Mystique predate him within the canon’s fictional timeline.

Throughout his numerous comic runs, Namor has served alongside the Avengers, the Fantastic Four, the Invaders, the Defenders, the X-Men and the Illuminati, as well as serving as an antagonist to them, depending on the storyline.

In Wakanda Forever, Namor — played by Mexican actor Tenoch Huerta — serves as the protector of his underwater world, Tālocān, which, like Wakanda, is rich with vibranium. He offers an allyship with Wakanda, but turns on the nation when his initial efforts are rejected, leading to a violent confrontation that will shape the future of both worlds.

“I think the key was, when when I spoke with Ryan, it was like, trying to find the humanity in him,” he continued. “He has superpowers and everything, but at the end, he is a guy who is trying to protect his people, protecting his culture, his family, and I think everybody all around the world can feel empathy for that motivation.”

Huerta’s Wakanda Forever co-stars have spoken at length about how the film paralleled their real-life journeys with grief following Boseman’s death, and he said that, in his mind, “the message of the of the movie is what you’re going to do with that grief.”

“You have two options: You can fall, which is OK. If you fall, you break in pieces, you are lost, it’s OK, because it’s human,” he added. “But then, after that, you have to collect every single piece, create something new and give to the world its flowers back.”

And while Huerta never got to meet Boseman in person, he was adamant that the cast and crew of Wakanda Foreverpaid tribute to the late star during each moment of making the sequel.

“[I didn’t know him, but] I could know about him. Through the eyes of the people, when they speak about him, you can see this spark in their eyes,” he shared. “We did our 100 percent to make this movie possible to honor him, to honor his legacy. I know wherever he is now, he could be proud of what we did here.” 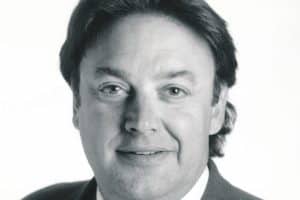 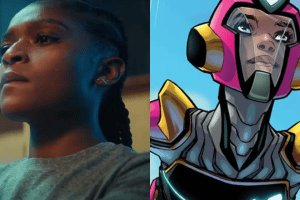 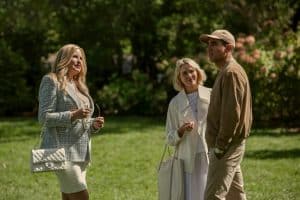