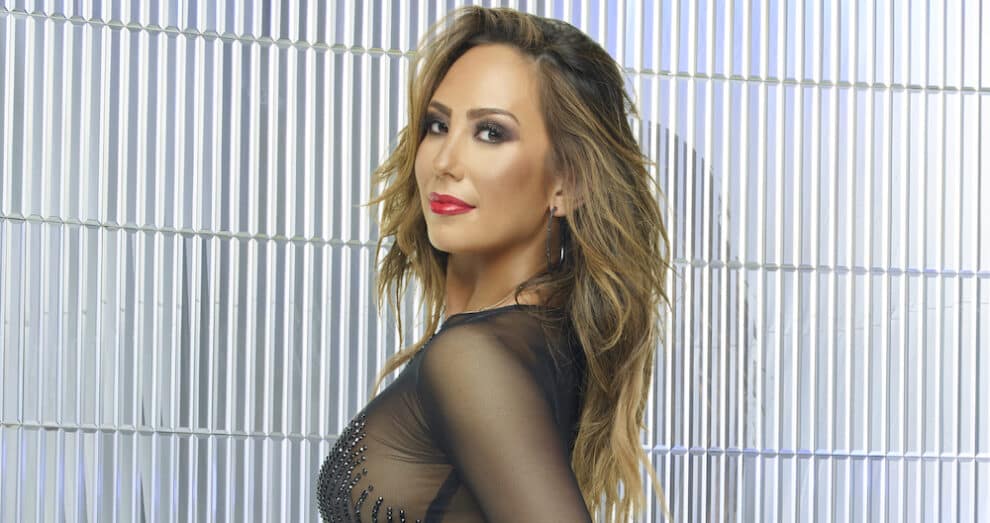 Cheryl Burke is leaving “Dancing With the Stars” after Season 31 — and hopes she’ll be back in another capacity.

In an interview with Variety, the professional dancer, who announced her exit via Instagram on Sunday, detailed the decision to leave after competing on 26 seasons.

“If I were to just talk as an athlete, a dancer and a woman, my time has been up. I’m 38 years old. When I came on as a competitive dancer at 21, It was a different story,” she explains. “That decision in itself was really tough for me — to put everything aside, to come [to L.A.] and do a TV show that I had no clue was gonna last for this long. My intention was just to be here for one season and move back.”

Burke has been part of “Dancing With the Stars” since 2006. She won both Seasons 2 and 3, with partners Drew Lachey and Emmitt Smith, respectively. She left at the end of Season 19 but returned for Season 23. She also took off Seasons 24 and 26 before returning for 27-31. In total, she’s competed on 25 seasons of the flagship show and the one season of the “Juniors” spinoff. During Season 31, she and partner Sam Champion were eliminated during the third week.

“I want to continue to evolve. Whether that be with the show or not, is up to me,” she says. “However, as a dancer, I am hanging up my dance shoes.”

In our full interview below, Burke says she’d love to still be a part of the show and has expressed high hopes to fill Len Goodman’s seat at the judges’ table.

Let’s start at the top. You’ve been on the show since Season 2. Why walk away now?

After 26 seasons, it has been quite an amazing run and journey. If I were to just talk as an athlete, a dancer and a woman, my time has been up. I’m 38 years old. When I came on as a competitive dancer at 21, It was a different story. That decision in itself was really tough for me — to put everything aside, to come [to Los Angeles] and do a TV show that I had no clue was gonna last for this long. My intention was just to be here for one season and move back. I guess the full circle year is the fact that I decided now to also take a leap of faith. There’s so much more that I want to do, other than teach a celebrity how to dance. Mind you, this has been a beautiful thing. I’m not saying that in a bad way whatsoever. I’m saying this in a graceful way. However, it’s time. I want to continue to evolve, whether that be with the show or not, is not up to me. However, as a dancer, I am hanging up my dance shoes.

OK, but you’ve taken time off before. Is this another break or is this you retiring?

This is it. I’m holding myself accountable. I’m doing my last dance on Monday night with Louis [Van Amstel] and Pasha [Pashkov]. I’ve had all sorts of emotions and lots of insecurity and fear. But I’m following my intuition, even if it’s scary. When one door closes, another opens and I wholeheartedly believe that. This is, in a way, an amicable divorce, I guess you could say. I’ve gone through two this year. It is not easy, and I don’t recommend it. However, I do recommend it for people that want to take a risk and that want to continue to grow. I have grown so much, especially this last year and a half. I’ve done a lot of work and soul searching. It sounds so cliché, and I know I’ve been blessed to be given a platform like “Dancing With the Stars.” I would like to really show other sides of me, especially when it comes to mental health.

You’ve been very open about your personal struggles and helping others. Is that something you’ll focus more on after leaving the show?

Yes. I also have a dance program 10 years in the making that’s hopefully launching next year called Body Language, and it has a lot to do with it. It’s just another resource people can add to their list of resources when they’re feeling down or depressed. Movement has played a huge role in my life. I’ve always said movement has saved my life. Dance has saved my life, and I want to make that attainable for everybody.

When did you make the final decision that this season would be your last?

I would say it was even before the season started. This has been a long time coming. I’m sure you’ve heard me saying this before and I have. However, there is something inside of me that is pushing me to go ahead and move forward. There’s also another opportunity for me to be a part of a show that is very popular, but I can’t say more because nothing has been signed yet.

You’ve also been vocal about wanting to be a judge. Is that discussion taking place now, especially with Len leaving?

They are very well aware that I want that seat. It’s not that I just want it, I just know that I can contribute because I am an expert in ballroom dancing. I can say that with confidence. I can also say that my teaching methods haven’t been known to being sugar coated. I have a lot of experience doing “Dance Moms.” Len is really technical and really tells you how it is. That is my style. It would be nice to see two women on the panel! I don’t know where they’re heading with this. I know they still have the huge finale coming up, and they want to get through the season, but they are very well aware. They have been very well aware for probably a few years now. So unfortunately, that decision is not up to me. I would love to still be a part of the family, I just would love a different role on the show, just like anybody after 26 seasons of having that same title. I think it’s important, for me at least, to feel like, okay, let’s grow together as a brand and also for me as a person. If that’s not with the show, then I’m moving forward and I’m moving on.

When you look back, is there a moment or dance that stands out as one of your favorite memories?

I always love being a part of someone’s journey, whether that be with Jack Osbourne, who has MS and dance was able to really help him get through it, or someone like Rob Kardashian. The goal was just to beat his sister Kim when she did it, and then we made it to second place. It was really hard for me to get Rob in the studio in the beginning, because he was so insecure and didn’t want to do this, clearly. He started to learn to love it and grew. It’s so great to get somebody out of their shell. I believe that dance and movement does that to you. It gives you a sense of confidence, and that’s the one thing I dance for — no matter how I felt, even if it was a horrible day, once I started moving my body, I just felt so much better with my mental health.

You’ve really impacted viewers with so many of these partnerships, most recently with AJ McLean as you were both so open about your sobriety journeys.

I would like to say that one of my good qualities would be my authenticity of the person and I don’t think I’ll ever veer the other way. I think that it’s important for me to continue to evolve. I have done so much growing as a person and soul searching, especially during my divorce. There were those times in the beginning, where we weren’t even separated yet, all I had at that moment was just me and the work that I was doing within myself. I think that with anybody, you won’t feel good if you feel stagnant. That’s where I’m at right now. I made a huge decision in my personal life and it’s kind of time for me to now take it full circle and actually practice what I preach.

Lastly, what can we expect from your final dance? Louis and you are the originals!

He recommended me for the job and I credit him for even getting the producers to want to interview me. We did this dance [in Season 2] to Barry Manilow’s “Copacabana.” We’re doing kind of a remixed version of it. I’m starting it off with Pasha, and we’re doing an Argentine Tango to celebrate a big farewell party as my last dance in the ballroom, which is so sad. Hopefully, I won’t be crying off my eyelashes, even though that that could happen.

Looking For Lessons In The ‘She Said’ Box-Office Beatdown
How To Watch The World Cup: TV Schedule, Fixtures & More