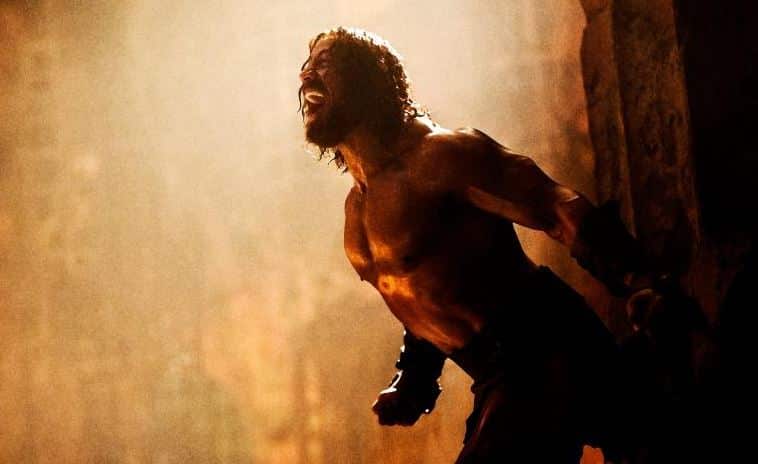 For Dwayne “The Rock” Johnson, a massive jolt came on the set of Hercules (out July 25) during a scene when his Greek hero was chained to stone pillars.

“It’s when Hercules breaks through the chains and becomes the demi-god he was born to be,” says Johnson. “I was actually yelling with all the power I could muster, ‘I am Hercules!’ I gave it my all and made myself pass out every time we did it. But I honestly felt in that moment that I was born to play this role.”

From the looks of it, he might be right.

Even as a child, Johnson, 41, idolized the Herculean legend — “He was the first superhero.” But with his 6-foot-5 frame and his famously heroic stature, Johnson is one of the few actors who could legitimately portray his hero onscreen.

The effort has taken a decade, and came into focus when director Brett Ratner came onboard four years ago. Johnson took eight months to sculpt his body to demi-god status and maintained it during the taxing shoot in Hungary.

“It’s incredible, he’s up every morning at 3:45 right on the treadmill, then it was right to the gym for hours,” says producer Beau Flynn. “And then it was to the makeup chair, then shooting all day in the heat. And repeat that for 90 days.”

Johnson’s first transformation into his character took 41/2 hours after being adorned with a wig, beard, makeup and wardrobe. “It looked incredible, we had succeeded,” says Johnson. “But it was like, how the hell can we cut the time down?”

“The No. 1 goal is to make the definitive version of Hercules,” says Johnson. “We know we’re going to be under a microscope.”

A competing The Legend of Hercules, starring Kellan Lutz as the hero, bombed at the January box office and caused some initial “confusion,” says Johnson. But he’s confident moviegoers will accept his “passion-driven” project based on the graphic novel Hercules: The Thracian Wars.

The story finds Hercules after he has endured his famous 12 Labors (which included slaying a nine-headed hydra and the fearsome Nemean lion), punishment bestowed on him after killing his family in a fit of insanity.

Hercules is still in a dark place mentally, with scars from his many battles. But now he is traveling with a group of mercenaries and cashing in on his famous name until he’s hired to train an army for an epic battle.

“Green screen and effects can be fantastic. But when you have real men, real sweat and even real blood, it’s very gratifying,” says Johnson. “You feel the substance.”

After he was done with some serious clubbing, Johnson would recover in modern Hercules style.

“I had the club of Hercules and the Nemean lion’s head in my room,” says Johnson. “I’d come home to that and catch something on the BBC with a glass of tequila.” 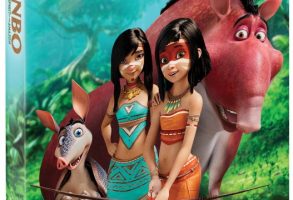 Ainbo: Spirit of the Amazon Digital and DVD Premieres November 29 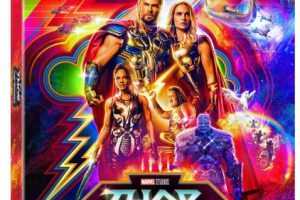