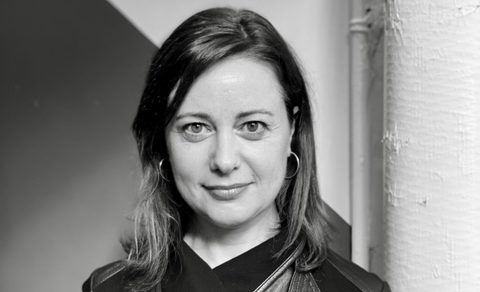 In her new role, Lisio will work to expand Fifth Season’s slate of non-scripted content across all platforms. She will collaborate with Kevin Iwashina, Fifth Season’s head of documentary.

“Mary is an exceptional producer and a wonderful human,” said Graham Taylor and Chris Rice, co-CEOs of Fifth Season. “Her deep experience and great taste make her the perfect person to build our non-scripted and documentary development & production business.”

Lisio joins Fifth Season from Blumhouse Television, where she oversaw the company’s unscripted slate. Her work there included projects like “Worst Roommate Ever,” “The People v. The Klan,” “Pray Away,” “The Anarchists,” and “What Happened, Brittany Murphy?”

“I’m thrilled to join this extraordinary and visionary group of people at Fifth Season,” Lisio said. “We share a passion for creating purpose-driven non-scripted and documentary content with amazing talent on and off the screen. The culture of Fifth Season is just what I have been looking for – inclusive, collaborative and most of all, respectful. Thank you to Graham and Chris for this tremendous opportunity.”

Prior to Blumhouse, Lisio worked for Ridley Scott’s Scott Free Productions and RSA Films. She was also a vice president at R.J. Cutler’s Actual Reality Pictures.

Fifth Season has a number of documentary and non-scripted projects on its slate at present. Those include: “Omnivore” produced and narrated by chef Rene Redzepi for Apple and co-produced by Film45; the feature documentary “2nd Chance” from director Ramin Bahrani co-production with the Vespucci Group and Samuel Marshall Films, who also co-financed; “Being Mary Tyler Moore;” and a feature documentary on Ukrainian President Volodymyr Zelensky, co-directed by Sean Penn and Aaron Kaufman and co-produced with Vice Studios

Fifth Season also has a first-look deal with Rick Rubin and his Shangri-La Studios to develop non-scripted and documentary projects.