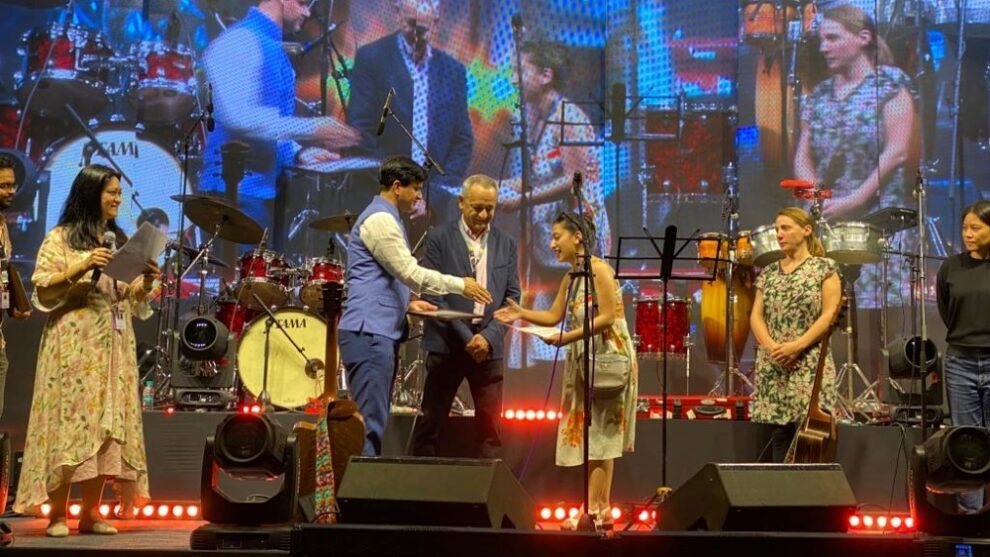 Bangladesh feature film “Agantuk” (aka “The Stranger”) by Biplob Sarkar was Thursday named as unanimous winner of the Prasad DI award, conferred by the Film Bazaar Recommends jury in Goa, India to film in the Viewing Room section.

Viewing Room is a component within Film Bazaar that presents films from India and South Asia, which are complete or in post-production. These films are looking for film festivals, world sales, distribution partners and also finishing funds.

“The jury appreciates the simple and delicate coming of age tale that brings us close to different generations trying to escape from the denial of their identity,” said the FBR jury in a statement.

Their win will allow them to make a complete DI DCP and to use Qubewire to transmit the film to film festivals and exhibitors.

“Once again, experts and editors of the Film Lab were impressed by the quality of the selected WIP films and by the dedication to cinema on the part of the filmmakers and their team. Creativity and diversity both in subject matters and styles were once again present in all the selected works,” said the jury after evaluating the whole section.

The Work-in-Progress Lab was conducted in a hybrid format where there were online feedback sessions with each film team followed by physical editing sessions as well as online sessions at the Film Bazaar in Goa.

“Next year we’ll be expanding in a big way,” said Ravinder Bhakar, MD of the National Film Development Corporation at the awards ceremony. “We will try to create this platform for the international filmmakers, for like-minded people who can come here and we’ll give them opportunities so that they can successfully execute their projects.”

Film Bazaar Recommends prizes for shorts went to two films: “Perianayaki,” a tale of a Sri Lankan immigrant in New Zealand, by Bala Murali Shingade; and to Indian-made animated short “Priyo Ami” (aka “Dear Me”) by Suchana Saha, which the jury called “a painfully honest, brave, yet elegant, monologue.”