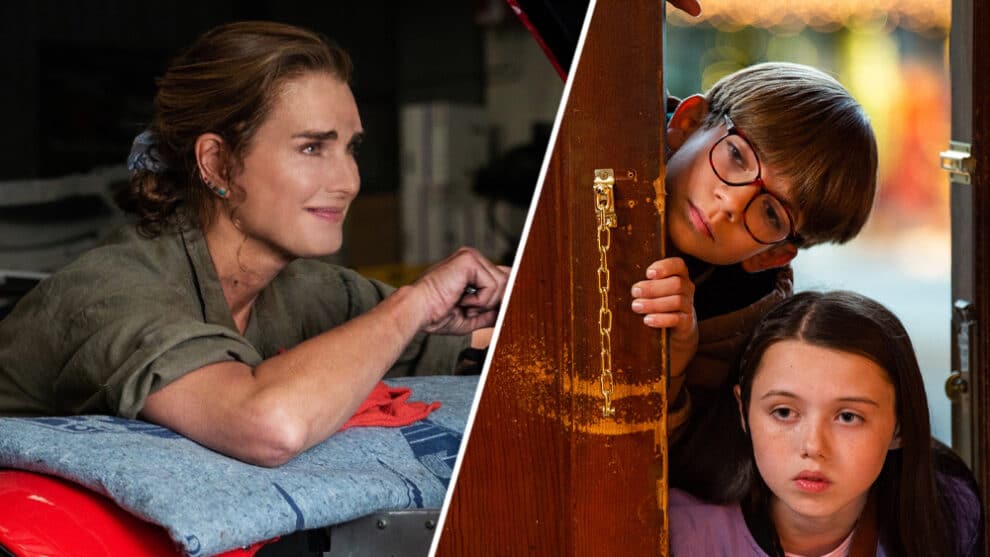 Producer Ali Afshar and ESX Entertainment has become a big supplier of holiday movies for HBO Max with count ’em, three coming up: two on Thanksgiving — Holiday Harmony and A Christmas Mystery and one one on Dec. 1, A Hollywood Christmas.

Holiday Harmony follows singer/songwriter Gail (Annelise Cepero) who lands an opportunity to compete for a once-in-a-lifetime shot at the big time, and heads cross country—until she breaks down in Harmony Springs, Oklahoma. With just two weeks to get to the iHeartRadio Christmas Eve performance of her dreams, she takes the advice of local Jack-of-all-trades, Jeremy (Jeremy Sumpter), and takes on a group of misfit kids hoping to perform in a Christmas Eve Gala of their own. Gail and Jeremy grow close, but if she’s going to fulfill her lifelong dream, she may have to leave him and the town she’s grown to love behind. Brooke Shields also stars in the Shaun Paul Piccinino directed movie off Lauren Swickard and Christopher James Harvill’s script. Afshar produces with Swickhard and Daniel Aspromonte. EPs are Johnny Afshar, Pasha Afshar. Take a look at the trailer below:

Also to watch on Turkey Day is A Christmas Mystery starring Violet McGraw, Eddie Cibrian, Christoph Sanders, Drew Powell, Lauren Lindsey Donzis, Santino Barnard, Leonardo Cecchi, with Beau Bridges, and Oscar Nuñez. Logline: 100 years ago, a strip of Santa’s magical jingle bells were discovered by a young boy in Pleasant Bay, Oregon, bringing about a century of prosperity and peace for the small town. Now, just days before Christmas, the bells – the lifeblood of the town – are missing, and it’s up to a group of intrepid kids to solve the case, find the bells and restore the Christmas magic to Pleasant Bay and its citizens. Alex Ranarivelo directs off John Ducey’s script. EPs are Johnny Afshar, Pasha Afshar. Ali Afshar, Aspromonte, and Ava Retkke are producers.

Original holiday movies are a huge magnet for streamers. The romantic comedy, The Happiest Season, starring Kristen Stewart was one of Hulu’s biggest movie launches ever. The Lindsay Lohan movie, Falling for Christmas, debuted on the No. 2 spot on Netflix’s Nov. 7-13 top ten movie list with 48.3M hours watched worldwide. Meanwhile, the Kurt Russell 2018 movie The Christmas Chronicles ranked for four weeks straight last December on the Netflix charts clocking close to 38M views during that time frame.