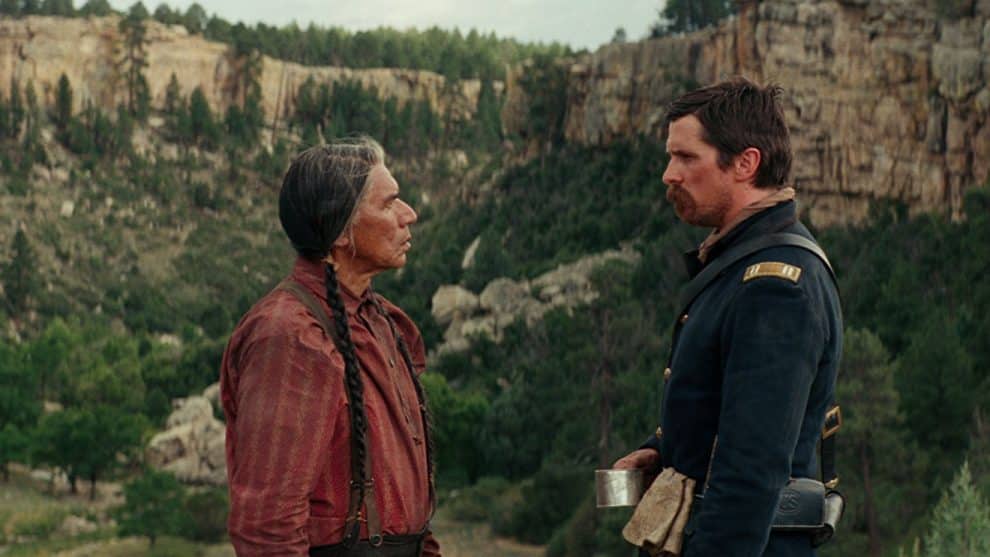 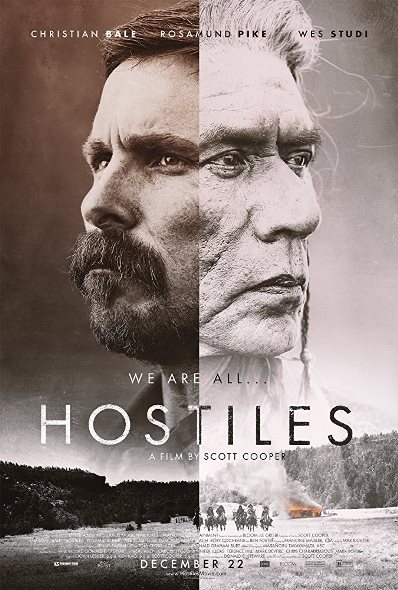 Set in 1892, Hostiles tells the story of a legendary Army Captain (Christian Bale), who after stern resistance, reluctantly agrees to escort a dying Cheyenne war chief (Wes Studi) and his family back to tribal lands. Making the harrowing and perilous journey from Fort Berringer, an isolated Army outpost in New Mexico, to the grasslands of Montana, the former rivals encounter a young widow (Rosamund Pike), whose family was murdered on the plains. Together, they must join forces to overcome the punishing landscape, hostile Comanche and vicious outliers that they encounter along the way.

Hostiles was directed by Scott Cooper from his screenplay based on a manuscript by Donald E. Stewart.

Hostiles opens on December 22nd in New York & Los Angeles, expands into top 10 US markets and the U.K. on January 5th.  The film opens nationwide on January 19th.

Hostiles is being distributed by Entertainment Studios Motion Picture in the US.