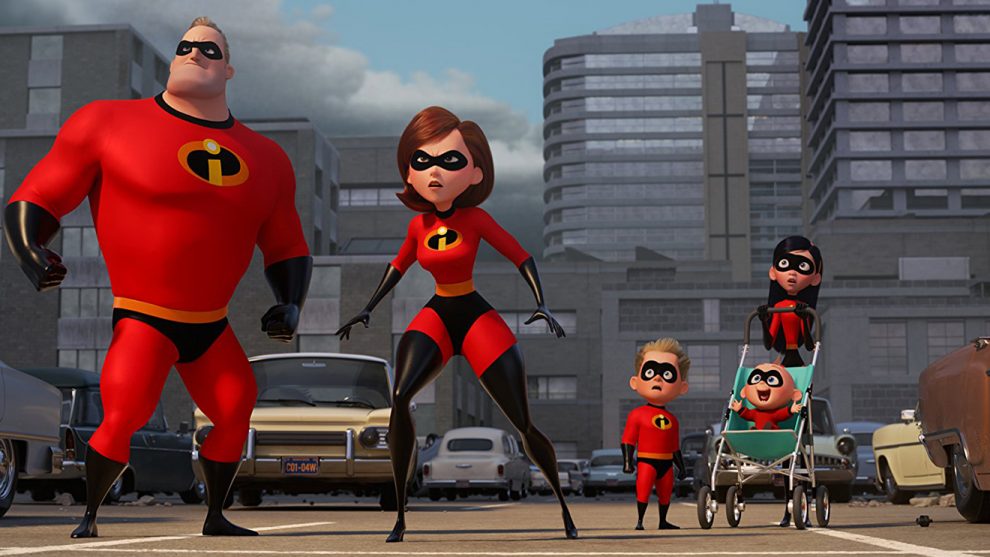 The opening weekend of “Incredibles 2” was, well, incredible.

The Disney-Pixar movie flew to a record-breaking launch of $180 million in 4,410 locations, easily landing the superhero sequel the best debut of all time for an animated film. That title was previously held by fellow Pixar sequel “Finding Dory,” which bowed with $135 million in 2016.

“Incredibles 2” also landed the eighth-biggest domestic opening of all time, and surpassed 2017’s “Beauty and the Beast” ($174.6 million) for the best debut for a PG-rated film.

Overseas, where it has opened in 26 percent of the international market, Pixar’s 20th film collected $51.5 million, bringing its global total to $231.5 million.

With 14 years since the original film, 2004’s “The Incredibles,” enthusiasm has been strong for the follow-up, and it seems that audiences and critics alike were not disappointed. The film boasts a coveted A+ CinemaScore, as well as a 94 percent fresh rating on Rotten Tomatoes.

“The film shows the drawing power of the superhero genre, whether in the live action or animated realm,” box office analyst Paul Dergarbedian said. “The combination of the Pixar brand and Disney’s perfectly executed marketing and distribution strategy made the film an instant classic and a box office juggernaut.”

Disney’s head of distribution, Cathleen Taff, attributes the massive opening to pent up demand for another “Incredibles” film, along with positive word of mouth. It also helps that it’s been a while since a family film has hit multiplexes, she added.

“We’re so thrilled,” Taff said. “Brad and team put together a great film that delivers something for everybody. It was the perfect storm.”

“Incredibles 2” should set Disney back on track after “Solo: A Star Wars Story” disappointed earlier this summer. The expensive “Star Wars” film has had difficulty gaining traction at the box office since launching with $103 million over a four day weekend. Though every previous Disney-released “Star Wars” adventure has managed to fly past the $1 billion mark, “Solo” is struggling to cross $400 million.

Disney doesn’t exactly need to break a sweat, however. “Incredibles 2” scored the third biggest opening of 2018, meaning the three best debuts of 2018 all belong to the Magic Kingdom. Disney-Marvel titles “Black Panther” ($257.7 million) and “Avengers: Infinity War” ($202 million) secured the No. 1 and 2 spots.

UNCLE DREW – Grab Your Squad and Go
Shampoo Bars Are Just The Perfect Travel Item To Save You That Annoying 3.4 oz. Limit