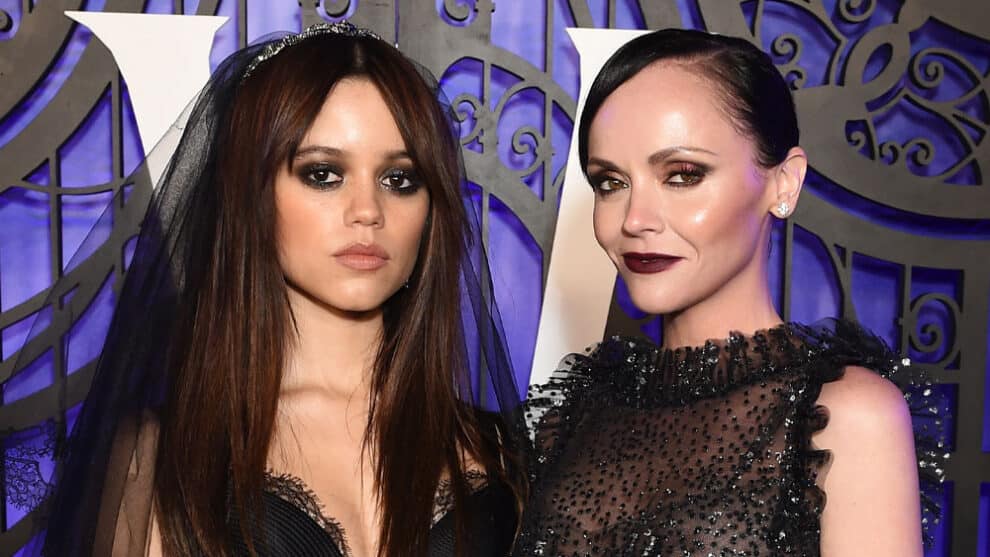 Jenna Ortega plays the titular character Wednesday in the Netflix series based on the Charles Addams cartoons. Ortega follows in the footsteps of Christina Ricci who portrayed the character in 1991’s The Addams Family and the 1993 sequel Addams Family Values.

Ricci returned to the Netflix reboot with the character of Marylin Thornhill and although she shared scenes with Ortega, the new Wednesday said she didn’t ask for any advice.

“No, I think when she was on set, neither one of us said Wednesday wants to each other,” Ortega said in a one-on-one interview with costar Emma Myers for MTV News. “I don’t think she wanted to get in the way of my performance and feel like she was overbearing. And then I felt like I didn’t want to pull up something that she did 30 years ago, for one, the sake of my own benefit, but two, I didn’t want to rip her off. And I didn’t want to be too much like her.”

Ortega said that Wednesday is completely different from the 90’s movies that Barry Sonnenfeld directed.

“Our show has superpowers and outcasts and evil ghost pilgrims,” she added. “So they’re two very different people our Wednesdays, I think. Our characters in the show are polar opposites. They have a sweet little relationship.”

In the same interview, Ortega told Myers that she “felt a lot of pressure to do it right” because Wednesday is “such a beloved character.”

“I’ve never played someone who’s been done before. So I think that that was a really interesting thing for me,” she said. “I have a lot of respect for the character, we’ve never spent as much time with Wednesday on camera before, I think there’s gonna be some more depth or some more emotional range that we haven’t really seen from her before.”

Watch the complete interview between Ortega and Myers in the video below but BEWARE OF SPOILERS.