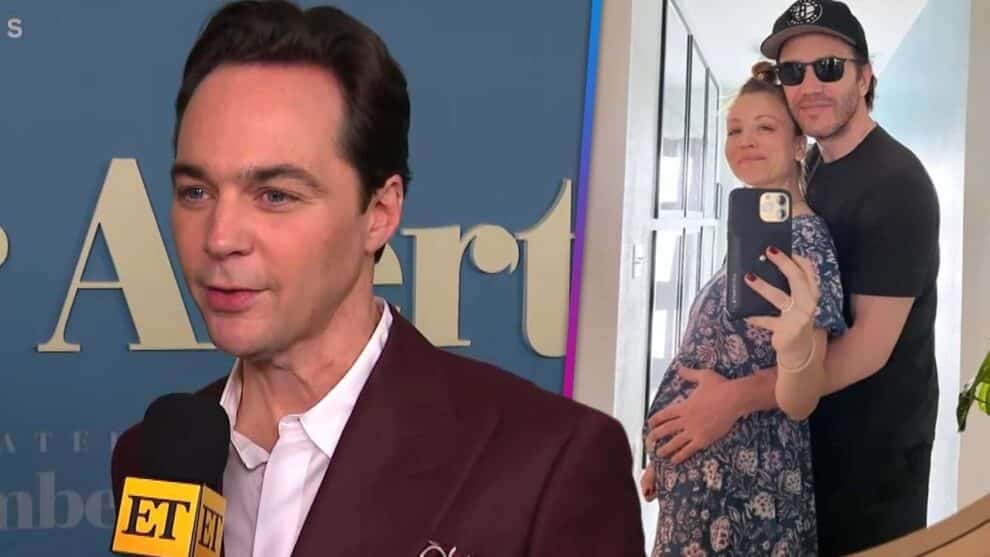 Lots of love for the mom-to-be. Jim Parsons has no doubt just how great of a mom Kaley Cuoco is going to be.

The actor spoke with ET’s Rachel Smith at the New York premiere of his new film, Spoiler Alert, on Tuesday, and opened up about his former Big Bang Theory co-star’s exciting pregnancy news.

“She’s gonna be incredible,” Parsons said, recalling that Cuoco always had a really welcoming, supportive maternal energy on the set of their long-running sitcom.

“She’s a comforting presence, and it was a pleasure to work with her day in and day out,” Parsons shared with a smile. “She’s a very warm person, and I think that child is lucky to have her for a mother.”

Looking back at his time on The Big Bang Theory, Parsons said the experience “was heaven.”

“It was the kind of experience I cannot over state how impactful and positive it was for me,” he added. “The feeling of thankfulness and gratitude in [my] heart for the whole thing, it’s almost overwhelming.”

Cuoco and Pelphrey announced they were expecting their first child, a baby girl, together back in October, alongside some sweet photos. “Baby girl Pelphrey coming 2023💕 beyond blessed and over the moon,” Cuoco wrote alongside a photo of herself and Pelphrey, 40, holding up a slice of cake with pink icing. “… I 💓you @tommypelphrey!!!”

Parsons and Cuoco worked together on The Big Bang Theory for 12 seasons until the show came to an end in 2019.

In Spoiler Alert, Parsons stars opposite Ben Aldridge, as well as Oscar winner Sally Field — whom Parsons admitted he was intimidated by.

Reflecting on the scenes he shared with Field, Parson said the experiences were “rewarding, once they stopped being scary.”

“The first couple of times you’re doing scenes with her, you’re thinking, ‘Is she buying this? Is she liking what I’m doing?'”