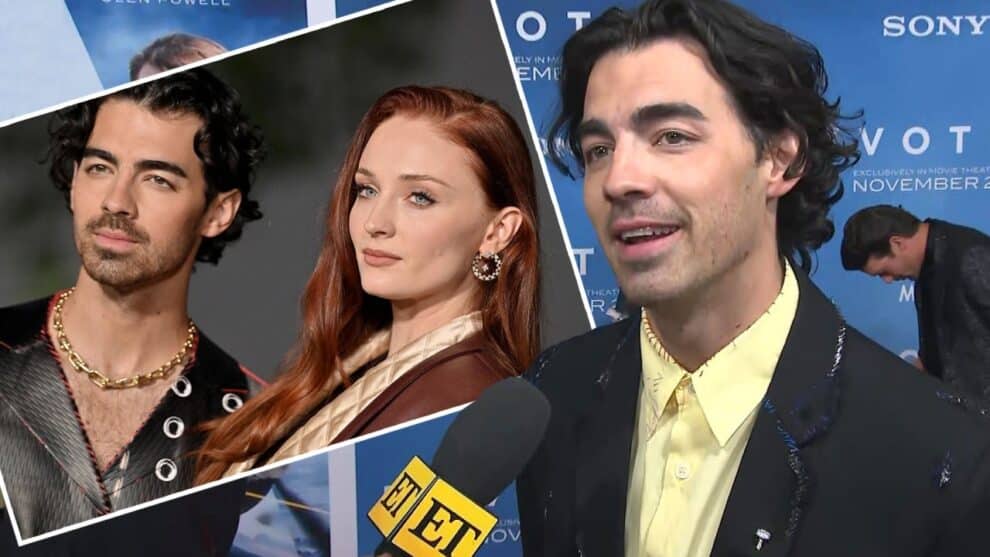 Joe Jonas is gearing up to make his big-screen debut! ET’s Denny Directo spoke to Jonas at the premiere of his new wartime film, Devotion, where he shared how his wife, Sophie Turner, has inspired his acting career.

“I mean, I feel so grateful that I get to have somebody like her behind the camera when it’s time to put myself on tape,” he added of having the Game of Thrones alum as his coach.

Jonas plays pilot Marty Goode in the film, which tells the story of how fighter pilots Jesse Brown and Tom Hudner become the U.S. Navy’s most celebrated wingmen during the Korean War.

“With the character like Marty Goode, and and with a film like this, it’s like, a dream experience, dream role,” Jonas shared. “I mean, to touch on — to be a part of something so extraordinary, and also again, something that really happened, it’s rare that you get projects like this.”

While the film is filled with flashy action scenes and dog fights in the air, Jonas said it’s the true story at the center of the film that really shines.

“And I think, you know, of course, it’s got flashy explosions and dogfight scenes in the air, but at the core of it, it’s like a love story, and there’s a lot of heart to it,” he added of the film, which stars Glen Powell and Jonathan Majors as its leads. “It really moves you and it’s heavy at times.”

Although Jonas has been busy working on Devotion and being a dad to two little ones, he did share that he had time to sneak in some episodes of the Game of Thrones prequel, House of the Dragon.

Showing his devotion to Turner, he told ET of his take on the series, “There’s [only] one Game of Thrones though.”