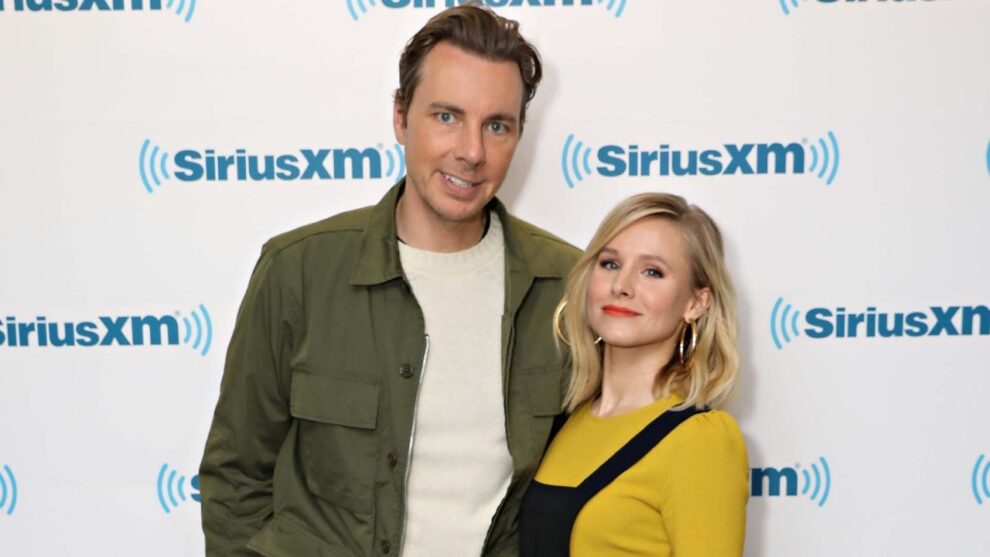 After almost 10 years of wedded bliss, Kristen Bell is sharing her secret to marriage with Dax Shepard.

ET’s Cassie DiLaura spoke to Bell at the premiere of her new film, The People We Hate at the Wedding — out Nov. 18 — where she revealed the simple thing that’s kept their union so strong nearly a decade later.

“Stay vulnerable,” Bell shared. “At least my secret. You’ve gotta be vulnerable — we have to be vulnerable when we don’t want to be. That’s what works for us.”

There are no plans in place just yet for how they’ll celebrate the major milestone, but the Veronica Mars alum did say she would be up for a vow renewal.

“Yeah, why not?” Bell said, adding that she and Shepard, who tied the knot in Oct. 2013, would likely opt for an intimate affair at home with their two daughters, Lincoln, 9 and Delta, 7.

The evening proved to be a bit of a date night for the parents, and while they didn’t walk the red carpet together, Shepard was in attendance to support his wife’s latest film, which sees family tensions ramp up among siblings in the week leading up to their half-sister’s wedding.

“We came separately. I came from hair and makeup, and he came from the tattoo parlor,” Bell, who was dressed in a navy blue sequined gown said, before poking fun at Shepard’s dressed-down look for the star-studded affair.

“Let’s be clear, I think he’s in sweatpants,” she quipped.

The couples’ kids meanwhile had their own commentary about mom and dad’s night out, with Bell telling ET that their biggest concern ahead of Wednesday night’s premiere was the lack of Oreo cookies in the house.

“They did want to play with this dress — quite a bit,” Bell began. “And then, they’re now at the age when they’re fine when I leave, which is great, but I did get four different voice memos on my phone on the way here about the fact that we didn’t have Oreos, and they had been counting on Oreos and what a huge disappointment I was because I had not re-stocked the Oreos.”

For more on the couple and their family, check out the video below.