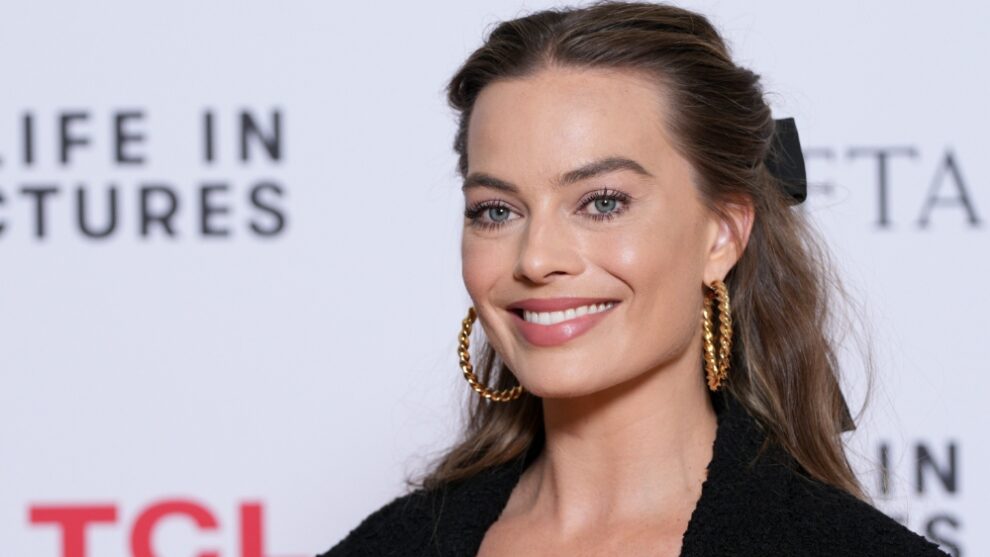 Margot Robbie has said she didn’t know the definition of sexual harassment in the workplace before making “Bombshell”, Jay Roach’s 2019 drama following the women at Fox News who exposed CEO Roger Ailes for his misconduct.

The actor opened up about her career and experience of the film industry during a BAFTA Life in Pictures talk celebrating her career. At 32, she’s the youngest subject of the event series to date. Robbie is in London as part of the press tour for Damien Chazelle’s “Babylon,” which hits cinemas at the end of the year.

Discussing her “Bombshell” character Kayla Pospisil, the one fictional woman in the film alongside the likes of Megyn Kelly and Gretchen Carlson, Robbie said the role was easy to shake because of the difficult subject matter. “The second I could stop being Kayla, I did,” she said. “It was definitely something I wanted to tap out of at the end.”

Robbie explained that she signed on for the film to make up for her blind spots when it came to sexual harassment in the workplace. “I realized that I — as a person with an established position in the industry, financially set up and self-sufficient — I didn’t know the definition of sexual harassment, and that’s shocking,” she revealed.

She said it “horrified her” how little she knew, and that “Bombshell” taught her that sexual harassment “flourishes in the grey area” of respective industries. “Roger Ailes or Harvey Weinstein, they take advantage of the area,” she added. “The situation isn’t black and white.”

When reflecting on the fact that she had only worked with a single female director on a feature film by her 20th big screen project — with “Mary Queen Of Scots” director Josie Rourke — Robbie said she sees no difference between men and women behind the camera and “couldn’t put it down to gender.”

“I’d love to say Josie has a particular insight as a woman, which she does, but then on something like ‘Bombshell’ with a male director, [Jay Roach] is the most emotionally intuitive person I know,” Robbie said. “It didn’t work better because he’s a man, but every single director has a totally different personality and process.”

Several other male directors were discussed throughout Robbie’s Life In Pictures talk, including Martin Scorsese, whom the actor worked with at the age of just 22 for her first big-screen credit on 2013’s “The Wolf Of Wall Street” as Naomi Lapaglia. Robbie revealed that she was given just one piece of direction in six months on set with Scorsese.

“We spoke all the time, he’d tell stories about mafia members and old film stars, but he didn’t actually give direction,” Robbie said of the director. “The only piece of direction I got was in a scene where I’m throwing water, and I remember at one point him saying, ‘Can you be more on your toes?’ And I didn’t know if he meant metaphorically, figuratively or literally, like a spatial thing… and that was as far as direction went.”

Margot Robbie also discussed the letter she wrote to Quentin Tarantino immediately after watching her performance back in “I, Tonya,” Craig Gillespie’s 2017 biopic of disgraced figure skater Tonya Harding (who the actor admitted she didn’t know was a real person when she first read the script). In the letter, Robbie asked the “Pulp Fiction” filmmaker to cast her in one of his films – not knowing he would later consider her — and only her — for the role of Sharon Tate in “Once Upon A Time… in Hollywood.”

She said “I, Tonya” was the first film of hers where she thought, “Okay, I’m a good actor now. I’m ready to reach out to my idols,” and that working with Tarantino was “a bucket list thing” that she had put off doing because she “didn’t feel like I was good enough yet.”

Robbie most recently worked with “La La Land” filmmaker Chazelle on his explosive portrait of Golden Age Hollywood, “Babylon.” She praised the director’s “breadth of knowledge” and called the shoot “thrilling and exciting,” comparing Chazelle’s process in parts to the freedom that Scorsese entrusts his artists with, while being “specific and technical and precise” in other moments. The Australian actor plays Nellie LaRoy, an ambitious performer in the silent era who struggles to adapt. Robbie replaced Emma Stone who was set to star in the film until exiting in 2020. The film shot for four months, from July to October 2021, after being postponed due to the coronavirus pandemic.

Next year, Robbie play Barbie in the Mattel property’s first live-action picture, released via Warner Bros. under Robbie’s production banner LuckyChap, alongside Mattel Films and Heyday Films. The actor and producer said she felt “the only way the film was worth doing was to have the Greta Gerwig version,” referring to the film’s director and co-writer, alongside Noah Baumbach. “Barbie” will be released theatrically via Warner Bros. on July 21, 2023.

World Cup Ratings: USA Vs. Wales Draws Nearly 12M Viewers For Fox & Telemundo
Kelly Rowland Doubles Down On Defending Chris Brown After AMAs Controversy: “We All Need To Be Forgiven”