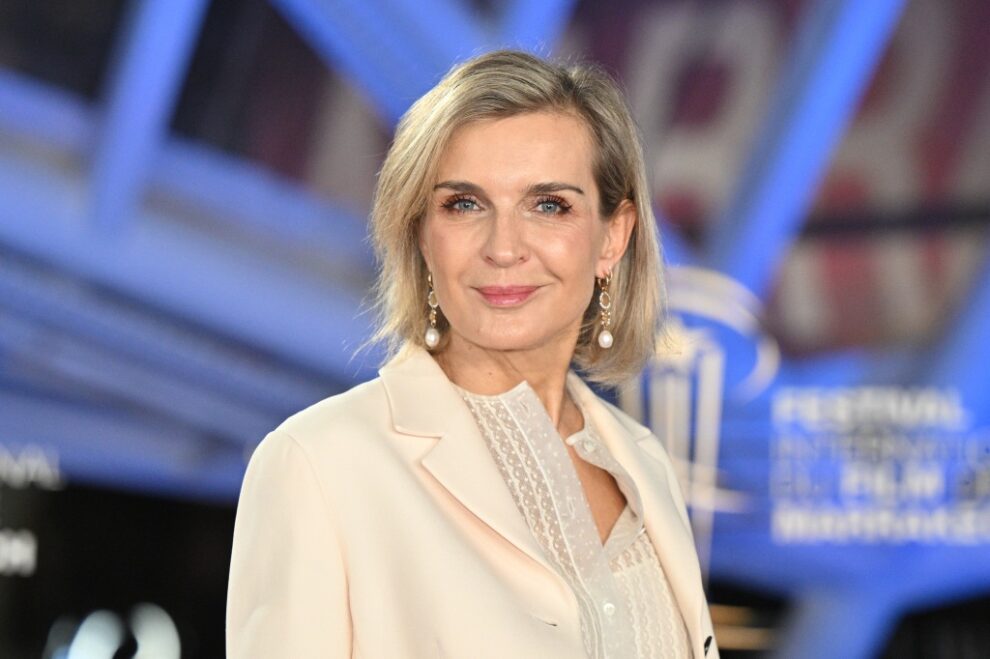 This work carries on the legacy of her late husband, influential French producer Daniel Toscan du Plantier, who was the driving force behind the festival’s launch in 2001, overseeing two editions before his death in 2003 at the Berlin Film Festival.

Famously well-connected within the film world, Mélita Toscan du Plantier has since put the event on the international film festival map, pulling together starry juries and guest lists that would not look out of place at Cannes.

During the pandemic, this work was put on hold after the festival was cancelled in 2020 and 2021.

Toscan du Plantier has used this hiatus to reboot her producing activities. In the 2010s, she produced four features – spanning Neeraj Ghaywan’s Masaan, Fatih Akin’s In The Fade, Benoit Jacquot’s Eva and Eva Ionesco’s Golden Youth – but her festival duties had distanced her from production in recent years.

“I stopped producing for a while but during the pandemic, I decided it was time to start again,” she explains.

She now has four feature film projects on the boil under the banner of her new production company Tosca.

The comedy-drama, about three generations of women from the same family forced to live together on a chicken farm, stars Catherine Deneuve, Andrea Riseborough and Morgan Saylor.

The film is currently in post-production, having shot over the summer in Belgium, with Newen Connect handling sales.

‘It’s a thriller, written by her husband Harry Kripps, based on a book called The Safe Place,” explains Toscan du Plantier.

“We’re in the process of working on the script. We have the third draft. It will be finished soon and then we’ll start thinking about the director and casting, then finance. We hope to be able to shoot next summer.”

The project came about after Toscan Du Plantier spent time in Australia over the pandemic, producing short content for friend and fashion designer Christian Louboutin. During her trip, she spent time with Cooper who is an old friend.

Further projects include iconic actress Fanny Ardant’s fourth film in the director’s chair. Details are under wraps for now, although Toscan du Plantier does reveal that Martin Scorsese is taking executive producer credits on this film too.

Toscan du Plantier is also producing L’Absente du Noël, the second film by actress Karine Silla Perez about a family that goes in search of their missing daughter when she does not return home for Christmas. Casting is already complete and financing is underway.

“It’s based on a book she wrote that I loved. It’s a family comedy. After the pandemic, she came to dinner and I said, ‘What about this book? Are you going to make it into a film?’. She said, ‘I really want to do it with you.’”

Silla Perez’s directorial credits include the 2011 drama A Butterfly Kiss and the 2022 documentary Blossoming, a joint project with Stéphane Milon going behind the scenes of the set of Valeria Bruni Tedeschi’s film Forever Young.

In another development, Toscan du Plantier has signed a co-production pact with Julien Madon at Cheyenne Federation, a subsidiary of the Paris film and TV group Federation. Madon’s recent credits include the Netflix Original series Notre-Dame and political eco-thriller Goliath.

“We made a deal to co-produce films together. His company is now part of Federation, and they will have a first look on all the films I want to produce,” she said.

“Julien wanted to work with me for a while and open his line-up to art films. He’s very smart and has got great taste and he has this big group behind him. I was very interested in working with him too, he’s a friend and I trust him.

“Also, I didn’t want to have a real company with a back office. I still need a lot of time for Marrakech,” she continues. “I will focus on the artistic side of the projects and help with financing., while Julien handles the production side.”

Toscan du Plantier says that getting Marrakesh up and running again after a two-year break was a struggle at first.

“When we started to work in March but it’s hard to work on a festival when you’re not 100% sure it’s going to happen.  The pandemic has put us all in this weird state of mind,” she says.

“I was asking myself will I find strength and the adrenalin again but I was surprised to see how my passion came back. I still can’t believe we’re here and it’s happening – it’s really moving.”

As the 19th edition enters its final weekend, Toscan du Plantier is already looking to 2023, which will mark its 20th edition, even if the festival began 22 years ago.

“Because we missed two editions, the 20th edition will now coincide with the 20th anniversary of my husband’s death in Berlin in 2003 Berlin. It’s strange how it has worked out but it will be very, very touching for me.” Daisy Ridley Weighs In on ‘Rise of Skywalker’ Retconning ‘The Last Jedi’ and Rey’s Parentage: ‘It’s Beyond My Pay Grade’