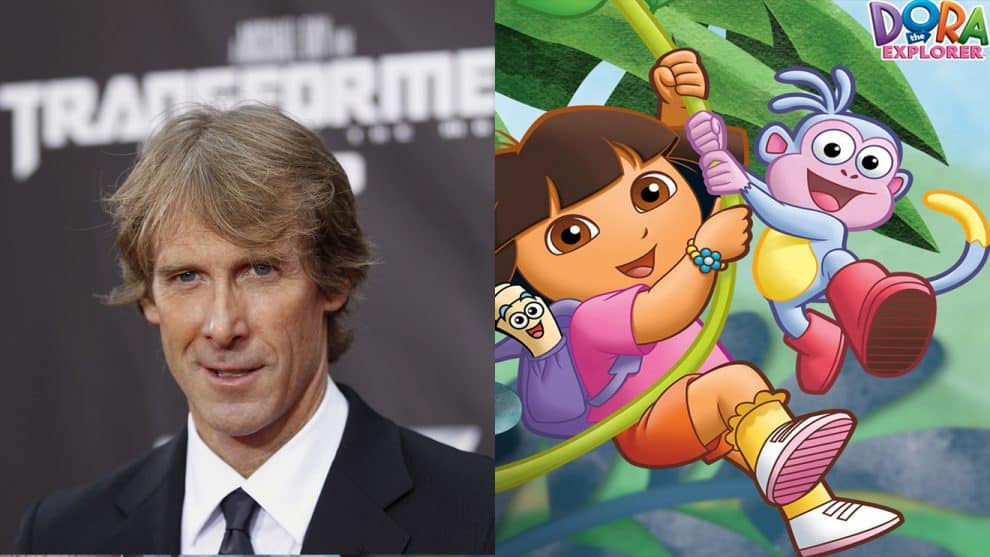 “Dora the Explorer,” the bilingual children’s program, will soon be made into a live-action film by “Transformers” producer Michael Bay.

Yes, that Michael Bay. According to The Hollywood Reporter, the movie will feature a teenage Dora who moves to the city with her cousin Diego, from “Dora” spinoff, “Go, Diego, Go.” Little else has been released about the movie, so it’s unclear if Boots the monkey, the Map, and scheming fox Swiper will all appear in the movie — or what will explode.

The film, set to be released in 2019, will be written by Nick Stoller, who also wrote The 2011 “Muppets” movie, “Storks” and most recently, “Captain Underpants: The First Epic Movie.” With Stoller attached, it’s unlikely the “Dora” movie will be as dark a film as “Teenage Mutant Ninja Turtles,” but Bay’s involvement (whether as simply producer or director) has given Twitter users a bit of pause.

“Michael Bay Producing? Dora and Boots are about to be running through a field of explosives. Swiper will probably have an RPG. Here we go,” wrote Twitter account @GeeksofColor, referring to Bay’s bombastic style seen in films like “Bad Boys,” “Transformers,” and “13 Hours.”

We live in a world where a Dora the Explorer movie with Michael Bay as its producer is going to be a thing.

This is the darkest timeline.

A few fans even mocked up posters for the film.

Live action Dora the Explorer with Michael Bay involved gonna pretty much look like this pic.twitter.com/QbOQN8x9oV

But regardless of how fans feel about the film now, Bay’s films — despite strong critical reception — tend to make a lot of money at the box office.