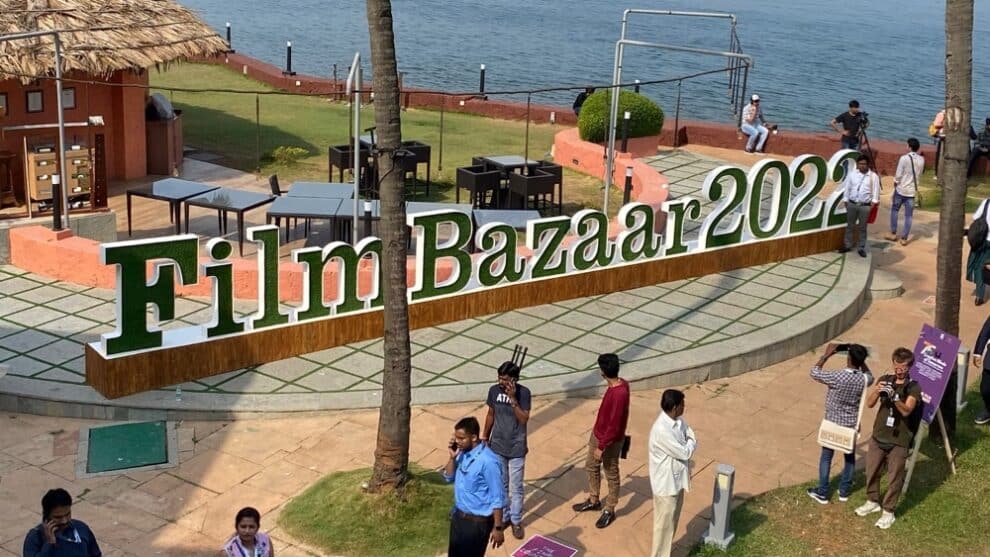 Apurva Chandra, Secretary for Information and Broadcasting Ministry, on Thursday confirmed plans to create a national streaming platform within the National Film Development Corporation website. The move is an integral part of plans to promote India as a global content hub.

“We are planning to do that on the website so that not just NFDC co-produced and produced films, but so we are also able to curate and showcase shorts and other films. Because some of those who are producing in India are not able to get a market otherwise. The NFDC platform can be used to focus on such talent and promote good quality content also,” Chandra told Variety.

He was speaking in Goa ahead of a panel at NFDC’s Film Bazaar which discussed the content hub proposal.

“In India the cost would be a quarter or a fifth of what it is in the U.S. and Europe and the quality is actually at par with Hollywood films. So, that is very big, even for the gaming industry. Each game is content-driven innovation, which is running on very heavy production. India is doing a lot already, but we have created a task force and we are going to submit the report within the next 10 days or so, to the government,” he said.

“Thereafter we will start implementing it with a focus on upskilling and also on education, so that more and more people can join this profession. We have a very talented set of people skilled in animation and visual effects which is a cross between technical skills and creative skills. Currently we have around 150,000 people working in this sector with potential to scale it up to one million or more,” Chandra said.

On the prospect of India becoming a content hub, Singh said, “We have world class crews and special effects expertise which can benefit from the time difference between Los Angeles and India. We are very well poised to become competitive on the world stage. So rather than just push, we need to pull. It’s not just about red tape, but about rolling out the red carpet.”

Bakshi, whose co-produced Netflix’s Emmy Award winning series “Delhi Crime” said, “India is already a content hub. But we can do a lot more internally to support content creators, especially when it comes to nurturing story at a local level. Story development labs need to be set up at federal and a state level. I think private labs are coming together to fill this gap.”

The panelists agreed that a marquee international project would help draw attention to India as a filmmaking location.

“It will take some time and a few projects to get people to take a location seriously. Look at the change in the production community in New Zealand after ‘Lord of The Rings.’ They are known to have a very reliable set up. In India you have high incentives, a highly-skilled, English-speaking crew. Producers just need to trust that the system can work,” Brown said.

Anupam Kher: ‘I’m Ready to Return to Directing’
It May Be A Covid Christmas Again This Year