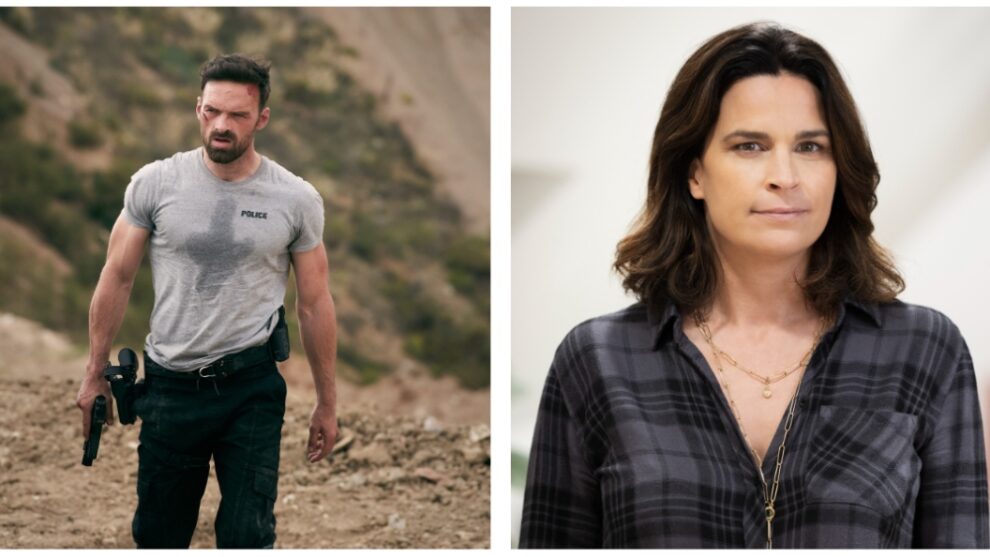 With its impressive stunt scenes, pimped cars and groomed cops, Netflix’s “Lost Bullet” marks a big departure from the typical French thriller with run-down cops on the verge of depression or retirement.

Sara May, a Quebec-born executive who joined Netflix in 2018, has been a driving force behind a new wave of French action thrillers such as the “Lost Bullet” franchise that have been global hits on the streamer.

Released two weeks ago on the platform, the second opus of “Lost Bullet” currently ranks as the most-watched non-English language movie on Netflix, and it’s also in the top 10 across 80 countries. The movie also tops the charts across 80 territories including France, Morocco, Saudi Arabia, Kenya, Thailand and Jamaica.

Set in Southern France, in Marseille, “Lost Bullet 2” brings back the French cast including Alban Lenoir, Stéfi Celma and Pascale Arbillot. Lenoir (pictured above), who started his career as a stuntman on movies like “Taken,” plays a car mechanic turned small-time thug who gets recruited by the drug crime squad and exposes rampant corruption within the cop unit.

“Since the ‘Taxi’ franchise, whose first film came out nearly 20 years ago, there hadn’t been a big French-language action franchise,” said May, Netflix’s head of content acquisition in France. “With ‘Lost Bullet’ we’ve created a brand from scratch with an emerging director, Guillaume Pierret, and it has resonated with our subscribers not just in France but around the world, as if we had tapped into a real need,” continued May, who admitted to having “a soft spot for action movies.”

“Lost Bullet” follows a string of high-voltage French actioners that have thrived on Netflix. Previous hits include Julien Leclercq’s “Braqueurs,” “Sentinelle” and “Earth and Blood,” as well as Franck Gastambide’s “Restless” and Louis Leterrier’s “The Takedown” with Omar Sy, which held onto the top spot on Netflix’s Top 10 non-English film list 10 days after launching.

“France has had a long tradition dating back to those great movies with Jean-Paul Belmondo, and later with films produced by EuropaCorp, such as ‘Taxi,’ and we could say that Netflix is reviving this trend,” said May, who was born into a family of artists in Quebec and previously worked as a buyer and seller in France and the U.K. for companies including TF1 and Embankment Films.

Years ago, French helmers like Olivier Marchal and Fred Cavayé were directing cop thrillers for theaters but these are now seldom being made for the big screen. Yet May predicts a renaissance of the genre is in the cards in France.

While the U.S. is known for delivering the biggest action blockbusters — think the “Fast & Furious” franchise — France has succeeded in importing its own brand of films with a “fragment of U.S. budgets” thanks to its “artistry and know-how,” said May, who praised Pierret for his “artisan” skills.

“There’s no green screen, no splashy VFX, the stunts are real, the characters have arcs and storylines,” said May, adding that working with emerging directors and producers has also been at the core of Netflix’s mandate in France.

Often criticized for Americanizing the tastes of foreign audiences, Netflix has nevertheless played a significant role in bolstering local industries and emerging talent coming from diverse backgrounds. May said the success of “Banlieusards,” a film directed by the French rapper Kery James and Leila Sy that landed on Netflix in 2019, paved the way for this new breed of bold France-made Netflix movies that aren’t mainstream but very locally grounded. A recent example is Romain Gavras’ “Athena,” which premiered at the Venice Film Festival.

One of Netflix’s biggest international markets — with more than 13 million subscribers — France is also the first European country where Netflix has committed to specific investment quotas in local series and films under the EU’s Audiovisual Media Services Directive (AVMS). As such, May has recently seen the scope of her acquisitions grow for films to all French content.

May is working alongside Sonia Aksil, content acquisition manager for France, and Gaelle Mareschi, who heads film production in France.

The major differences for a film handled by Netflix’s acquisition or production units include the timing of the streamer’s involvement and the extent of its creative input. May will come on board projects that are either in advanced stages of development or completed. “We have a lighter creative touch, and we’re essentially letting the producers at the center stage of the process,” said May, adding that streamer can bring as much financing to a film whether it’s handled as an acquisition or as a production.

Due to the kickoff of the Audiovisual Media Services Directive (AVMS), May is now in charge of building a portfolio of content across different genre and budgets in France. “We work on projects in many different ways now,” she said. “We participate in the financing and on some films we can take the first window for global rights or just for France.” Indeed, under the directive, Netflix has to dedicate a portion of its annual revenue to help finance movies that are theatrically released before it can stream them 15 months later. It’s a big improvement from the previous 36-month window, but it’s still unreasonably long.

Netflix can now pick up pay-TV rights to new movies, but instead of accessing them six months after their rollout in cinemas like the pay-TV channel Canal Plus, Netflix has to wait 15 months. The windowing is currently being renegotiated and Netflix, along with other services such as Disney+ and Amazon, in hopes of a favorable revamp of rules at the start of 2023.

Some of the theatrical projects recently boarded by Netflix include Maiwenn’s upcoming period movie with Johnny Depp starring as Louis XV. The film, which recently wrapped shooting in France, will star Maiwenn as Jeanne du Barry, a fearless countess who was the last mistress of the beloved French king. For now Netflix has acquired rights to the movie only for France, but it could land on the streamer in other territories down the line. Other titles acquired by May’s team include Reem Kherici’s family film “Chiens et Chats” and JB Marlin’s “Salem,” the helmer’s follow up to the Cesar-winning “Shéhérazade.”

“The fact that we are now buying films at an earlier stage under the directive gives us the opportunity to broaden our movie offer and work with different kinds of producers,” said May.

Under the new scheme, Netflix could very likely turn up in Cannes with a prestige director-driven film that would have its world premiere in theaters — a prerequisite to be considered for Cannes’ competition. “Everything is possible today,” said May.

Looking ahead, May said, she wants to pursue more projects with “female heroes” and dive into under-exploited genres in France, like “heart-wrenching romance dramas.” “Where is the French ‘Notebook?” May quipped.