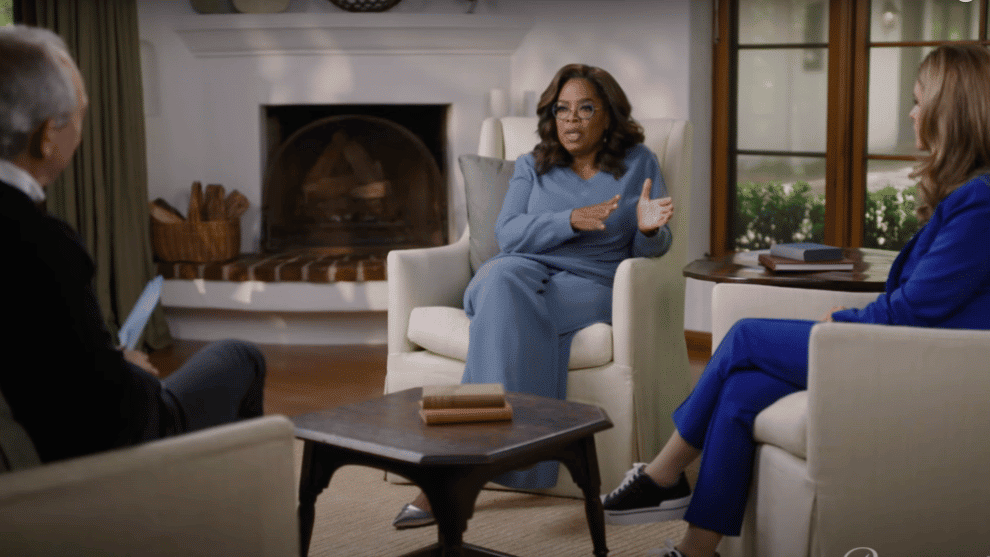 “The Checkup with Dr. David Agus,” a six-episode docuseries featuring notable names in entertainment as they sit down with the doctor for intimate conversations about their personal health struggles, will premiere on Paramount+, with the first three episodes will debuting on the platform Tuesday, Dec. 6. The final three episodes will follow on Monday, Dec. 12.

Check out the trailer below.

Also in television news for today:

Masterpiece will rebroadcast of season three of “Miss Scarlet and the Duke,” starting on Jan. 8, while the series is also currently streaming on PBS Passport and the PBS Masterpiece Prime Video Channel.

The show is an Element 8 Entertainment production co-produced with Masterpiece in association with 87 Films, Other Mans Shoes and Work in Progress. Rachael New, created the series, which is written by her and Ben Edwards. Directors for season four are Nimer Rashed, Rachael New and Milos Kodemo.

HBO Max has released the official trailer for the upcoming third season of the Max Original comedy series “South Side,” returning Thursday, Dec. 8. The eight-episode season will debut on HBO Max with two new episodes each week concluding on Dec. 29.

Check out the trailer for the third season below.

Adult Swim has announced premiere dates for two upcoming animated specials “King Star King!/!/!/,” which arrives Monday, Feb. 13, while “Ballmastrz: Rubicon” airs Monday, Feb. 20. Both specials will premiere at Midnight on Adult Swim and the next day on HBO Max and digital retailers.

Creator JJ Villard returns to his Emmy-winning Adult Swim series for a new special, picking up where the original six-episode series left off. The voice cast is headlined by Tommy Blacha who voices the titular hero, the special also stars Andie MacDowell, Will Sasso, Rachel Butera and Justin Roiland. The show is produced by Rough Draft Studios, Inc.

Creator Christy Karacas returns to the post-apocalyptic world of the Ballmastrz for a high-octane adventure, with a voice cast that includes Natasha Lyonne, Dana Snyder, Dave Willis , Eric Bauza and Jessica DiCicco. “Ballmastrz: Rubicon” follows the events of the second season of the Adult Swim series “Ballmastrz: 9009.” The anime-inspired adventure was animated by STUDIO4℃ in Japan with Takashi Nakamura serving as animation director.

NBCUniversal Telemundo Enterprises announced that network will gift 2,000 laptops to Hispanic youth and community organizations across the country as part of its ongoing national campaign “El Campeón En Ti,” helping local communities alongside the U.S. Soccer Foundation in celebration of FIFA World Cup in Qatar. This comes in partnership with Comcast’s Project UP, the company’s $1 billion initiative to advance digital equity amongst youth and underserved communities.

Skoll was the first full-time employee and first President of eBay and developed the company’s inaugural business plan and led its successful initial public offering. Additionally, as founder of the Jeff Skoll Group, he has created an innovative portfolio of philanthropic and commercial enterprises, which includes the Skoll Foundation, Capricorn Investment Group and Participant. Jeff is also co-founder of The Rise Fund, a global impact fund investing in entrepreneurial companies.

Skoll joins a group of partners as the newest member of the ownership group, led by Ted Leonsis, who is founder, chairman, principal owner and chief executive officer of Monumental Sports & Entertainment.