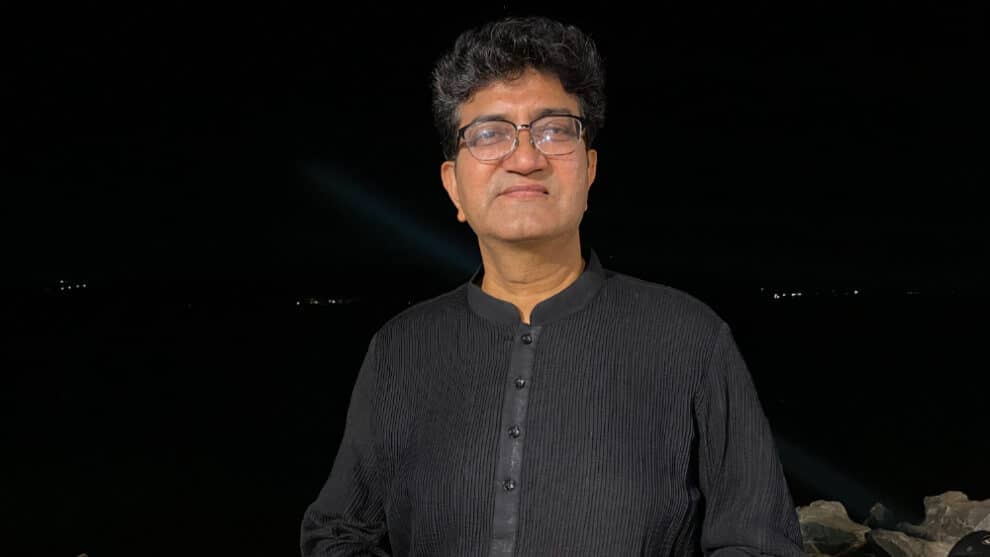 Poet, lyricist and advertising industry bigwig Prasoon Joshi, is passionate about finding the next wave of emerging Indian filmmaking talent from deep across the country.

Joshi, along with India’s Minister for Information and Broadcasting Anurag Thakur, is a champion of the 75 Creative Minds of Tomorrow initiative, which was launched in 2021 at the International Film Festival of India (IFFI), Goa.

The initiative continues this year. “I feel that IFFI should extend itself to the youth and the people who need opportunities to learn filmmaking, who do not have the privilege of being born and brought up in bigger towns in India. We have a few good, excellent centers in India, but deeper into the roots of India, people don’t have that much of exposure,” Joshi told Variety on the sidelines of the festival.

“As a consultant advisor to the festival, my whole intent is that this should actually be a learning for the people who otherwise can’t get that exposure to meet so many eminent people to attend masterclasses, see what this world is all about, what they’re getting into.”

“It’s a nation which loves cinema, and imagines that they can make cinema. If it’s not for them they should also know that. If it is for them, what are the nitty gritties? What are the practical challenges, where they should study and what skills they should develop,” Joshi added.

Since 2017, Joshi has also served as chair of India’s Central Board of Film Certification (CBFC) and the spate of banned films under previous regimes ceased under his leadership. Joshi describes his administration as “collaborative” and that as a creator himself, creators do not intend to hurt anyone.

“I felt that dialogues can solve problems. All I have tried to do is make stakeholders integral. I have had many meetings with all associations, filmmakers, and then the people who work in the committees to understand what the point of views are,” says Joshi. “You steer it in a direction, you tell people that be careful about these things, and society is constantly evolving – to take the temperature of it. So that’s what I’m trying to do is and I’m happy that its working.”

Joshi added that there are no plans to change the current practice of streaming platforms self-regulating their content and bringing them into the purview of the CBFC.