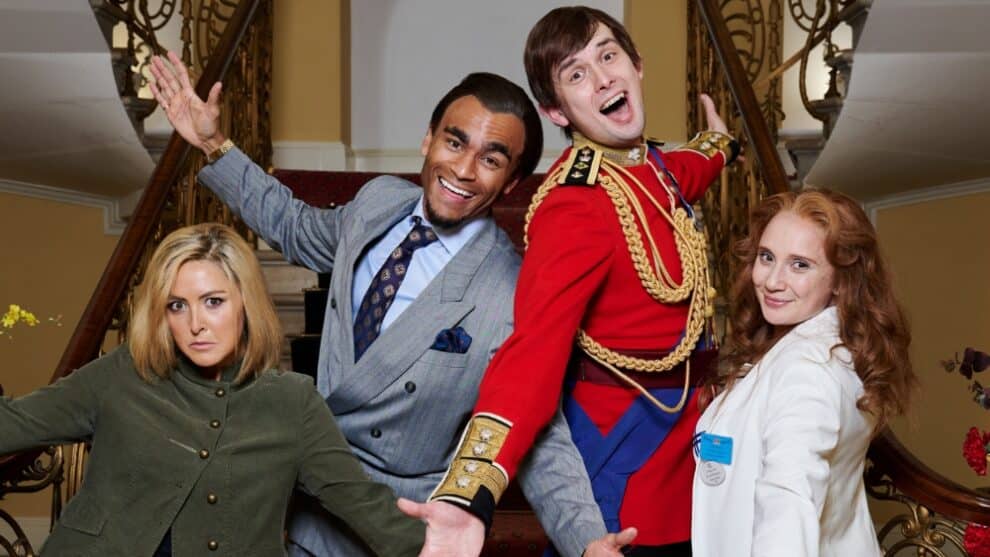 Featuring Harry Enfield, one of Britain’s best-known impressionists, “Prince Andrew: The Musical” will focus “on the key events, relationships and controversies of Andrew’s life, including a reimagining of the former-HRH’s bombshell interview with Emily Maitlis,” according to the logline.

Andrew’s disastrous 2019 interview with then “Newsnight” anchor Maitlis was widely mocked and condemned and proved to be the catalyst in Andrew’s banishment from public life.

The musical was written by Kieran Hodgson, who will also play Andrew.

The hour-long special, which will air in the U.K. on Channel 4 in December, features seven original musical numbers. Among them are “I Nailed It,” described as a “high-octane duet set in the aftermath of the Duke’s ‘Newsnight’ interview” and the romantic ballad “Will You Be My Ex-Wife,” which will be sung as a duet between Andrew and Fergie.

“The story of Prince Andrew is tragedy and farce rolled into one, so why not add ‘musical’ for good measure?” said Hodgson. “Some might find the prospect of writing and performing their first TV musical a tad daunting. Not me. I found it completely terrifying. But we’ve pulled out all the stops, put every penny on screen and let rip at an institution that would perhaps prefer us to forget about all this. Also, I’m on a trampoline for a bit. Enjoy, world!”

The musical is made by Hat Trick Productions with Adam Reeve producing. Stu Mather and Jimmy Mulville are exec producing while Hodgson is associate producer. Channel 4 commissioning editor Cimran Shah and head of entertainment Phil Harris commissioned the special.

Mather said: “What better way to celebrate the festive season than with an hilarious musical, lampooning the country’s most high-profile pizza-lover. It has been a real thrill to assemble such a phenomenally talented cast for this all-singing, all-dancing (but no sweating) spectacular and we can’t wait for you to see it.”

“Prince Andrew: The Musical” is the latest in a line of scripted projects inspired by the British royal family, who in recent years have re-emerged as cultural icons (whether loved or loathed) thanks to globally-watched moments from Queen Elizabeth II’s funeral in September to the latest season of Netflix hit “The Crown.” Both Maitlis and former “Newsnight” producer Sam McAlister have also sold competing dramatizations of the now infamous interview.