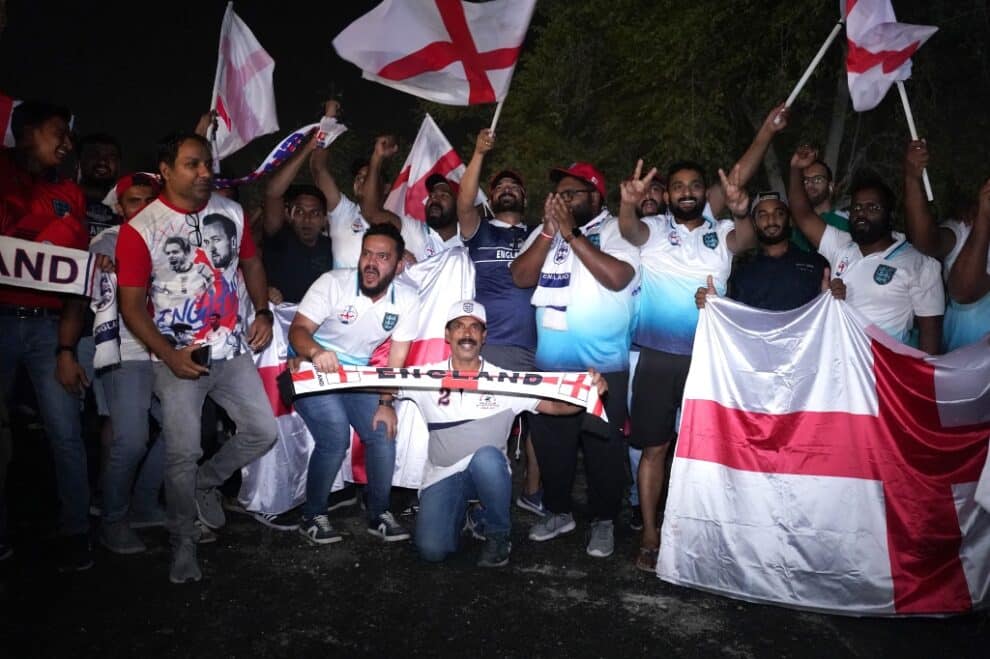 Days out from the start of FIFA’s soccer World Cup in Qatar, things are taking a turn for the surreal.

Over the past 24 hours, the tournament’s organizers have rejected accusations of fake fans parading in the streets in Doha, while a social media video of basic-looking accommodation has been getting millions of hits.

Videos posted on TikTok channel Qatari Living appear to show fans cheering while dressed in official England, Argentina and Brazil merchandize. This led to suggestions they had been paid but reporters for The Guardian and The Times have spoken with several supporters and report their enthusiasm and knowledge for the sport seems genuine.

One England-supporting man from Kerala told The Guardian the claims he and others had been paid were “fake news.”

“Fans from all over the world – many of whom have made Qatar their home – have contributed to the local atmosphere recently, organising fan walks and parades throughout the country, and welcoming the various national teams at their hotels. Numerous journalists and commentators on social media have questioned whether these are ‘real’ fans. We thoroughly reject these assertions,” its statement added.

The accommodation video, from another TikTok account, appears to show strips of white tents by an unpaved road. Each tent has a flag of a competing country and inside basic single beds are divided by a small bedside cabinet in an otherwise empty space.

Viewed more than 5M times, many on social media have likened the set up to accommodation at Billy McFarland’s Fyre Festival in 2017, where guests were provided with FEMA tents and basic food supplies despite the failed event’s luxury status billing.

Controversy continues to plague the build up to the FIFA World Cup, which begins on Sunday with a game between the host nation and Ecuador.

Today, Qatari officials apologized after secretary threatened to break the camera of Denmark’s TV2 during a live broadcast. Elsewhere, British comedian and broadcaster Joe Lycett is threatening to shred £10,000 ($11,870) over a live stream on Sunday if superstar ex-soccer player David Beckham does not drop his lucrative role as a Qatar World Cup ambassador. Lycett is incensed that Beckham, who he calls “a gay icon,” is promoting a tournament in a country where homosexuality remains illegal.