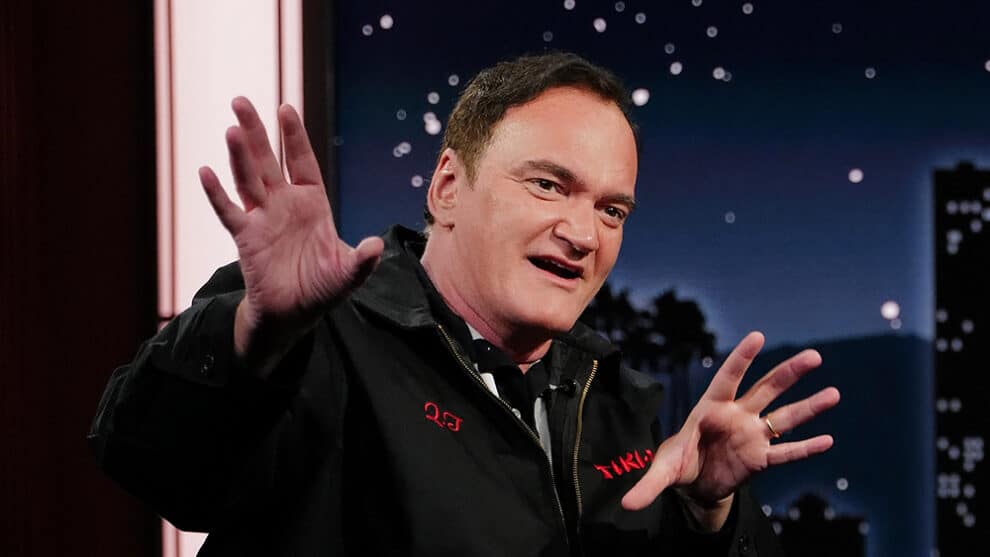 Quentin Tarantino has disclosed that he has plans to step back into television, looking to shoot an eight-episode series in 2023. The film director shared news of the project Wednesday night while promoting his new book, “Cinema Speculation,” at a New York event hosted by Elvis Mitchell.

The filmmaker wasn’t forthright with narrative or production details around the project. Tarantino has worked in television before, directing two episodes of “CSI: Crime Scene Investigation” in 2005. Since then he has flirted with venturing back, with reports emerging in February that the director was in talks to helm installments of FX’s “Justified” revival.

The N.Y. conversation covered a lot of ground, with Tarantino touching on other projects he’s circled over the years. The writer-director shared that he wrote a play before “Once Upon a Time in Hollywood” was completed. He also stated that he was approached to do a rewrite of Samuel L. Jackson’s 2000 “Shaft” reboot but rejected the offer.

Asked which comic book he would adapt if given the choice, Tarantino stated that he would be interested in bringing Marvel’s “Sgt. Fury and His Howling Commandos” to the screen. “Sgt. Fury” follows Nick Fury, portrayed by Samuel L. Jackson in the Marvel Cinematic Universe, and the escapades of the eponymous World War II unit, which appeared in 2011’s “Captain America: The First Avenger.”

Whether Tarantino proceeds with the television series remains somewhat of an uncertainty. In recent years, the director circled producing and possibly directing a “Star Trek” entry after making a pitch to J.J. Abrams, though he later shared that he was “steering away” from the project.

“Cinema Speculation,” Tarantino’s new collection of essays on films that were formative for him, is now available to purchase.