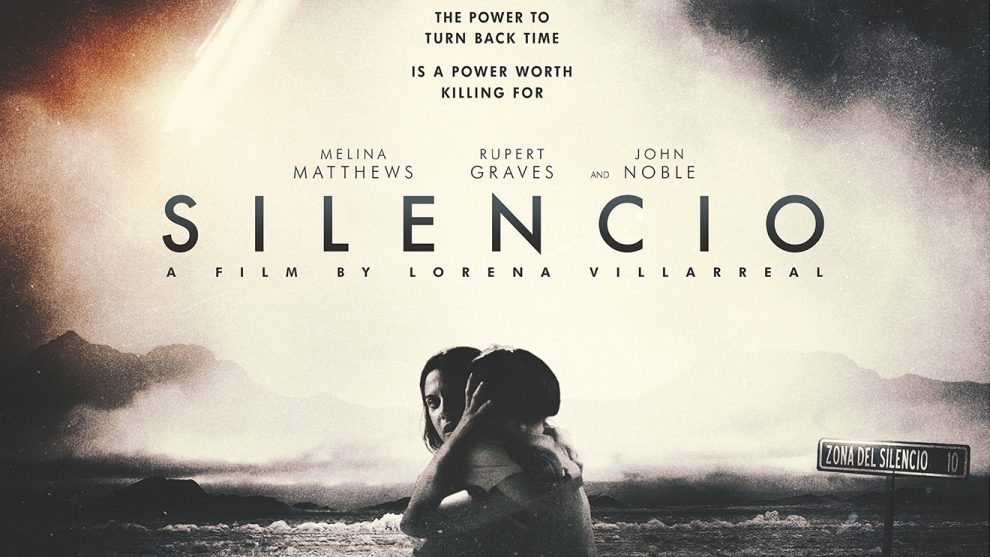 Would you use the power to turn back time? Is it worth killing for?
#SilencioMovie – in theaters October 26. 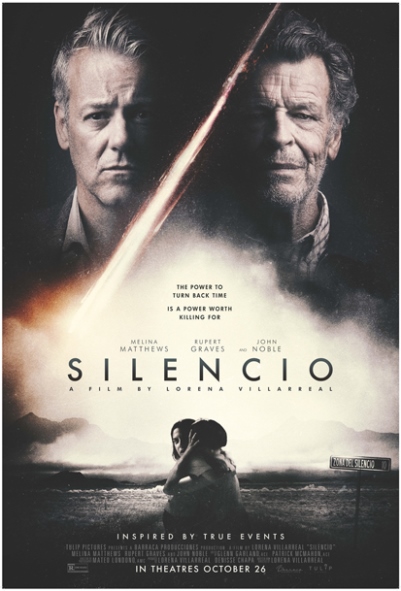 Silencio highlights a mysterious area in Mexico known as the Zone of Silence that has true events of the eerie. Located on the same parallel line of the Bermuda Triangle and the Pyramids of Giza, it has several events of the unexplainable including rocket crashes, mutations in plants and animals, meteorite strikes and much more.

Silencio shares the story of Ana, (Melina Matthews) who struggles to save her son’s life. She must find a powerful stone her grandfather (John Noble) originally discovered with his apprentice (Rupert Graves) in the Zone of Silence in 1970. Throughout her desperate search, Ana stumbles upon long lost family secrets and discovers enemies who believe the stone’s power is worth killing for.

Written, directed and produced by Lorena Villarreal, Denisse Chapa (producer) and filmed in Zone of Silence and northern Mexico locations, the film brings to life the local tales of strange occurrences that have been happening for decades.