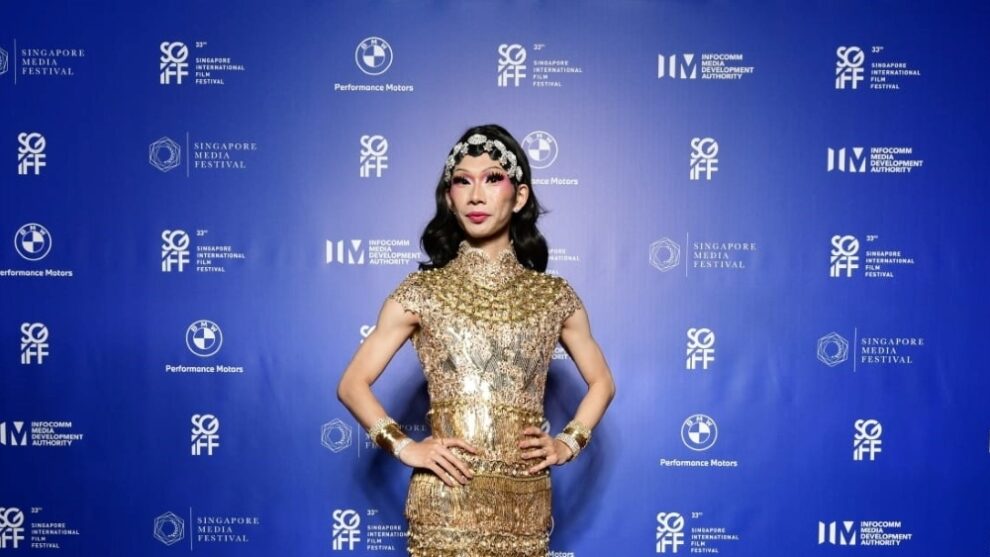 “I am glad that local films make up a quarter of this year’s overall line-up at the festival.  It’s a strong showing and testament to the achievements of our homegrown talents.” said Josephine Teo, Minister for Communications and Information. “We welcome and appreciate good films from around the world.  At the same time, we will always support local filmmakers through platforms like the Singapore Media Festival and SGIFF and help them shine brighter on the international stage.”

Kazakh actors Berik Aytzhanov and Daniyar Alshinov were two of the few foreign personalities to walk the red carpet, in support of their film “Assault,” the opening film of the festival.

Notably absent were the cast and crew of banned film #Lookatme, although actor Shane Mardjuki wore a T-shirt with the film’s logo in support. The film will not be screened at the festival after its depiction of a revenge plot on a Christian pastor was deemed to have breached race and religious guidelines by authorities. It remains however, on the festival lineup. Director Ken Kwek’s 2012 film “Sex.Violence.FamilyValues” also fell afoul of similar guidelines. It was banned in neighboring Malaysia for scenes “insulting to local cultures.”