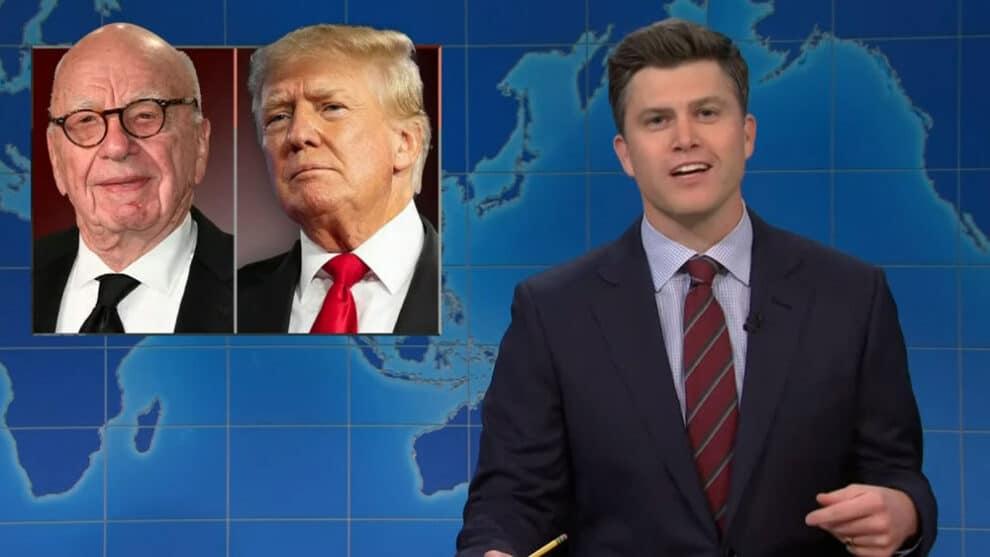 With the midterm elections taking over news headlines this week, Saturday Night Live’s “Weekend Update” had a few hot takes on the outcomes. One of the most notable ones was the shift Rupert Murdoch’s publications had on Donald Trump after the “red wave” never materialized with the Democrats holding their ground.

Jost continued, “Then on Thursday, The Post showed Donald Trump as an egg sitting on a wall with the headline, ‘Trumpty Dumpty,’ which had to be the easiest Photoshop job in history.”

Michael Che addressed the Georgia runoff race between Senator Raphael Warnock and Herschel Walker that will occur on December 6 after the candidates didn’t get over 50% of the votes.

“Walker has offered Warnock $500 to just… take care of it, baby,” Che joked alluding to Walker allegedly paying off to have partners get an abortion.

Che continued with the Georgia runoff saying that many “voters were frustrated” they had to vote again “because the burden of saving the Senate fell on them once again.” He then said that it has been happening “so often there’s already a movie about it,” with a poster of a fictional movie called “Tyler Perry’s Madea Saves the Senate.”

Jost continued with the Walker jokes pointing out his speech where he referred to America as the “greatest country in the U.S.”

“But on the plus side, at least he has a general idea of where he is,” Jost joked.