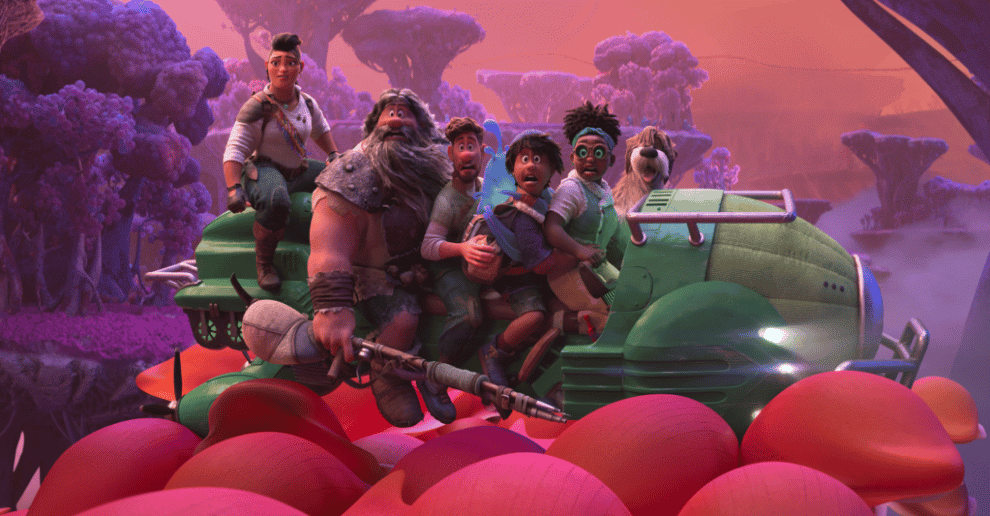 EXCLUSIVE: In step with domestic, Walt Disney Animation Studios’ Strange World will make its offshore theatrical debut this week, and is eyeing an overseas start in the $21M-$29M range. That’s lower than where a new animated movie from Disney might normally kick off, but the studio has taken a voluntary pass on more than 20 markets, choosing not to submit the film in countries where its LGBTQ+ content would have very likely forced demands for edits.

Strange World features a key character, Ethan (voiced by Jaboukie Young-White), who has a crush on another boy in the movie. This is an inherent part of the storyline. Unwilling to make any edits that would impact storytelling, Disney thus made the preemptive decision not to submit the movie to censorship authorities where there may have been challenges.

Per a Disney spokesperson, “In countries where we operate, we seek to share our stories in their original form as we and the artists involved have created them. If we make edits, because of legal or other considerations, they will be as narrow as possible. We will not make an edit where we believe it would impact the storytelling. In that circumstance, we will not distribute the content in that market.”

Dis has plenty of experience with censors, and notably over the past year, has refused to make requested edits when it comes to LGBTQ+ issues. Steven Spielberg’s West Side Story last winter was submitted across the Middle East where Saudi Arabia and Kuwait did not approve distribution certificates. Censors in the other markets asked for cuts which Disney opted not to make. Similarly, last year, Saudi Arabia and other markets sought cuts to Marvel’s Eternals which featured a same-sex kiss. Dis did not agree (in the UAE, a version of Eternals was ultimately released that removed all scenes of intimacy — heterosexual and homosexual —as is generally normal practice there).

We understand Disney is evaluating movies on a title-by-title and territory-by-territory basis. In some cases, accepting a higher rating in lieu of cuts may be a possibility (that was long the practice for all studios in Russia).

By taking this preemptive step with Strange World, Dis is likely leaving money on the table. Last year’s Encanto did just under $25M in the same markets where Strange World is not releasing — and that itself was lower than it might have been given Encanto went out when many of those areas were battling Omicron.

Major overseas markets releasing Strange World on Wednesday include the UK, Italy,  Korea and Japan. They will be followed by Australia, Brazil, Germany and Mexico on Thursday, and Spain on Friday.

As we have previously reported, Strange World, which also features characters voiced by Jake Gyllenhaal, Dennis Quaid and Lucy Liu, will go directly to Disney+ in France, though this is down to the market’s stringent windowing system rather than a censorship issue. As regards the markets where it has not been submitted, no post-theatrical plans have as-yet been announced.

Strange World is directed by Don Hall and written by Raya and the Last Dragon’s Qui Nguyen who co-directs. The story follows a legendary family of explorers whose differences threaten to scuttle their latest crucial adventure.