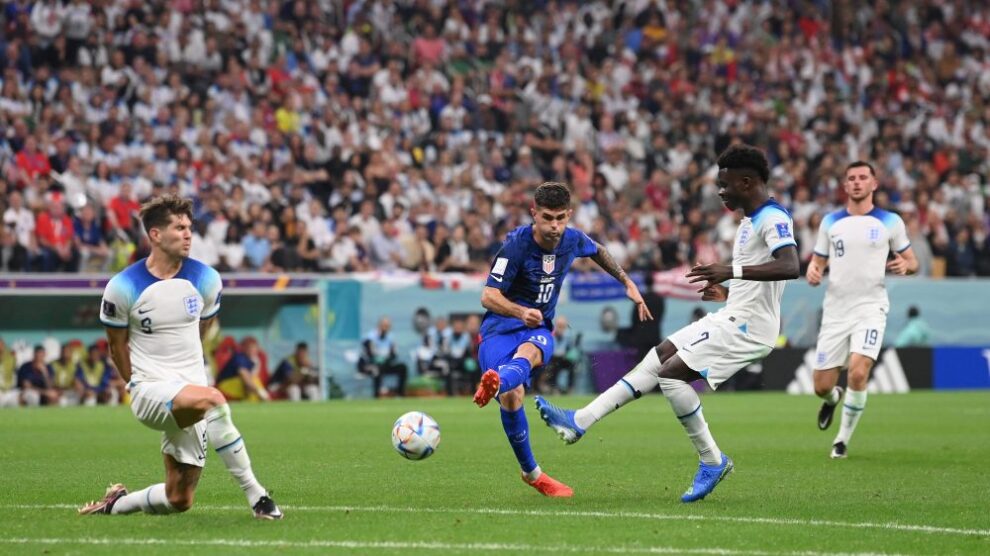 The USA vs. England World Cup game that ended in a 0-0 draw was a big draw for Fox Sports on Friday, pulling in more than 15.3 million viewers to a set a record for the most-watched men’s soccer match on U.S. television.

Viewership of the 90-minute battle peaked from 3:30 p.m.-3:45 p.m. ET with 19.64 million viewers. The game’s average was strong enough to beat the previous record holder of 14.51 million who tuned in to see Brazil defeat Italy in the 1994 World Cup that was held in the U.S.

Fox Sports asserted that viewership was also up significantly compared to the comparable USA game at this stage of the World Cup tournament in 2014, when the U.S. team faced off against Portugal. That game, carried by ESPN, averaged 13.77 million viewers for the game itself per Fox, although it was widely reported in 2014 as 18.2 milion. The audience figure grew to 24.7 million when about 6 million viewers from Univision’s Spanish-language coverage were factored in.

This time around, 2022 World Cup rights have been a massive investment for Telemundo and Fox Sports.

The World Cup tournament, which began Nov. 20 and runs through Dec. 18, opened amid some controversy this year because of the FIFA soccer organization’s decision to locate the event in Qatar. That meant shifting to a winter schedule from its traditional mid-summer timetable to accomodate scorching summer temperatures in the region. The questionable status of women in the regional and other fundamental human rights concerns have cast a shadow over the world’s biggest sporting event. Undoutbedly, Fox Sports was happy to see a solid turnout for Team USA in action over the Thanksgiving holiday weekend.