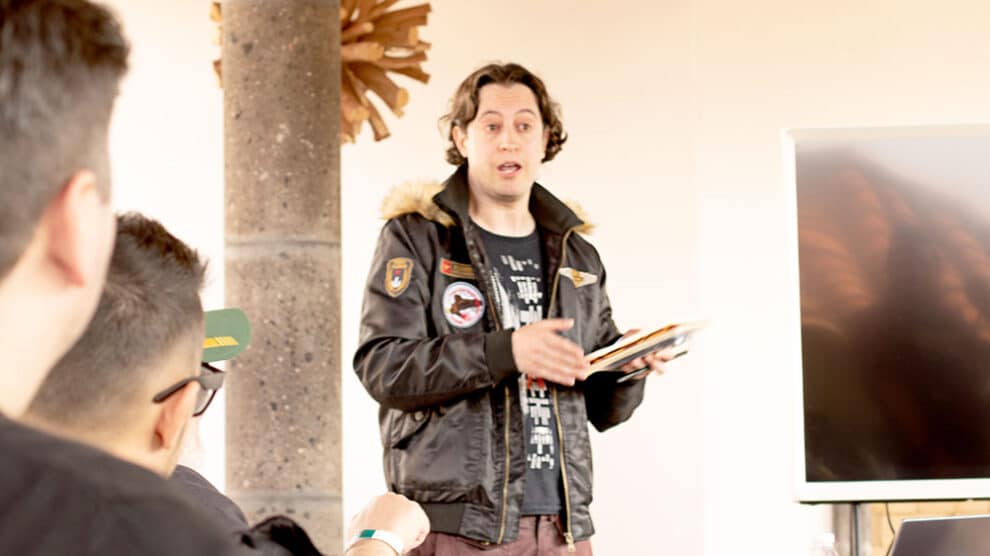 BUENOS AIRES  — Tinta Oscura winner Juan Bernardo Sánchez Mejía, Netflix awardee “Convince Me,” Argentine art film “León,” animated series “Choco” and the Shudder-coproduced “When Evil Lurks” walked off with some of the biggest prizes on Dec. 2 at a multitudinous Ventana Sur prize ceremony whose whooped applause at each and every winner attested also to the youth of Latin America’s film and TV industries.

The 47 allotted prizes also underscore just how broadly Ventana Sur has diversified from its art pic base into a building gamut of carefully targeted growth sectors for Latin America. Following, a breakdown of prize highlights in a fast-paced ceremony – winners basically made it to the stage for a just a photo – which still lasted the best of two hours.

The big one. A $25,000 cash prize  – a record for Ventana Sur – for the winning screenwriter, backed by Guadalajara’s Agavia Studios, Blood Window and Filma Jalisco, and won by young Mexican scribe Juan Bernardo Sánchez Mejía for the screenplay of “Warrior” (“Guerrero”). The project turns on a young ex-soldier who must summon courage to save his town against a deadly, ferocious sniper. “Guerrero is a slasher full of tension, endearing characters and a hero who underscores the importance of embracing our fears and turning them into our greatest strengths,” Ian Martin, director and producer at Agavia Studios, said at the ceremony. Meanwhile, Gustavo Castillón, CEO of Agavia Studios, confirmed that “Warrior” will be put into production in 2023. The screenplay was the result not of natural talent but 1,000 hours of work, which was the only reason it won, Sánchez Mejía said modestly via a video conference link.

Relatively unknown outside her native Argentina, Vera Fogwill beat out two big fest winners, Dominga Sotomayor (“Too Late to Die Young”) and Francisca Alegría (“And the Whole Sky Fit in the Dead Cow’s Eye”), to win Netflix’s SoloSeries prize with a dark dramedy, “Convince Me.” It turns on Ariel, 27, who jumps from a seventh storey window to his death, he thinks, only to survive. BBC Studios’ three-month mentorships went to Bolivia’s “Timecode,” described by Variety as a “paranoid thriller,” and “Fugitives,” a road movie paean to sisterhood as four women flee their former lives and hit the road.

“Leon,” in which a lesbian battles for custody of her dead partner’s son, scooped art pix-in-post Primer Corte’s biggest prize, the Cine+ Club Award, consisting of a €15,000 ($15,600) sweetener to a French distributor buying the film. From France’s Tu Vas Voir (“The Kings of the World,” “Ixcanul”) and Argentina’s Twin Latin Towns, “Almamula,” about a guilt-ridden young homosexual in Argentina’s deep north, walked off with the same award  in “Copia Final,” a showcase for titles nearer to completion.

The sections’ favourite, however, was triple prize winner “Betânia,” from Brazilian TV director Botto (“Foca News”), the grounded tale of a widow, Betânia, 64, attempting to adapt to life in a village, after abandoning her lone existence in a house on the dunes.

One film won both awards: “The Beach House,” from Costa Rica’s Kim Elizondo, a sensitive take on the economics of gender politics for a now older woman, and a sign of yet another emerging talent from the Central America country, after Locarno winner “I Have Electric Dreams.” Drawing heat was Manuela Martelli’s “The Meltdown” (“El deshielo”), an aimed-for second part of a trilogy begun with Directors’ Fortnight title “Chile, 1976,” but a departure in style, a highly metaphoric thriller on Chile in 1992, in transition from dictatorship to democracy, opening up to liberal economics but still battling with hidden undercurrents from a dark Pinochet past.

Shown in a still too long two-hour cut, “Fish Girl,” from Ecuador’s Javier Cutrona, in which an amnesia afflicted girl’s mental void is occupied by a giant imaginary fish, also had its fans.

Film.io –  the world’s first filmmaking industry DAO, is awarding 15 NFT’s created by Flavio Greco Paglia, a world-renowned fantasy and horror artist who has created artwork for acclaimed directors such as James Wan and Demián Rugna, to every Blood Window winner.

A $10,000 cash prize given by the enterprising Brazilian foundation Projeto Paradiso was won by “Paraguayan Loves,” directed by Janaína Marques, a mother-daughter reconciliation drama playing in Ventana Sur’s market screenings and produced by Moçambique Audiovisual (“Greta”).

Punto Genero: ‘Diamond’ Shows Its Worth Taking two honors at Locarno’s Open Doors and three at Sanfic Industria, Bolivian drama “Diamond,” the feature debut of Yashira Jordan following an Indigenous trap-singing teen as she searches for her estranged father, continued its triumphant run, sharing the Género Dac Award. A “fusion of magic realism and rawness of my Bolivian culture,” says Jordan, the title has “A” fest selection written over it. 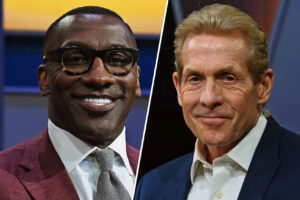 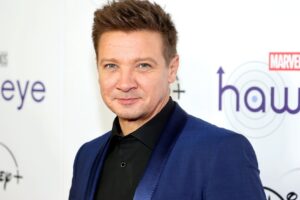 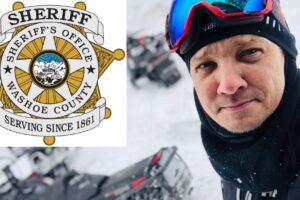