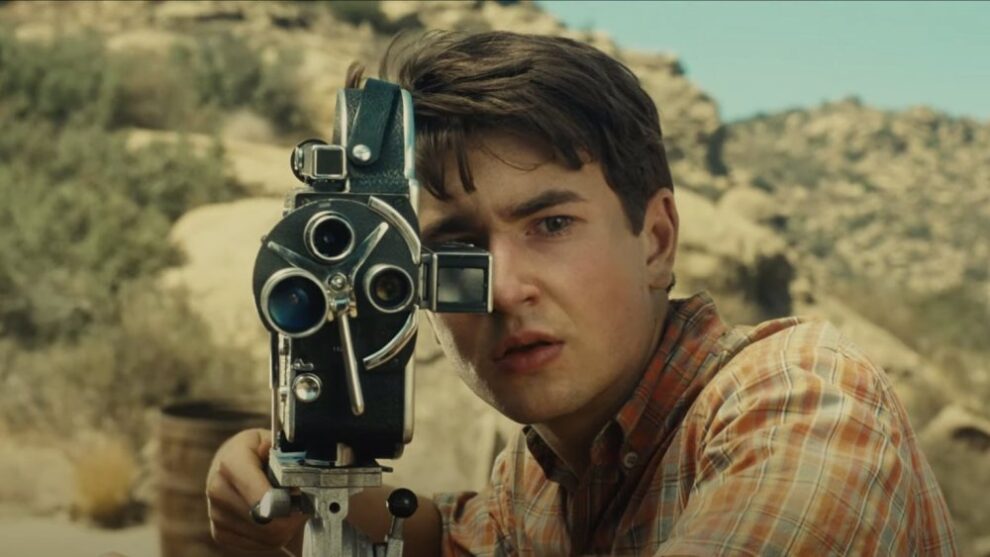 For decades, Steven Spielberg has been synonymous with the movie business. The filmmaker has created some of the big screen’s most enduring moments, delighting audiences by spinning fantasies involving lovable aliens, menacing dinosaurs and one very hungry shark. And he’s even done the unimaginable and made movies about brutal subjects like the Holocaust and the D-Day landing that find commercial success, as well as critical plaudits.

But with “The Fabelmans,” his semi-autobiographical look at growing up as a film-obsessed teenager in Arizona and Northern California, Spielberg is confronting a movie business that is unrecognizable from the one in which he came of age as a director. It’s an industry that is simultaneously offering more platforms than ever before for “content,” as well as an art form that is, at least in terms of its big screen incarnation, rapidly diminishing in cultural importance. Streaming services, not cinemas, are the dominant force these days. So where does that leave “The Fabelmans”?

The $40 million-budgeted period piece opened in limited release last weekend, where it earned a solid $160,000 from just four theaters. Audiences loved it, handing it an “A” CinemaScore, which Universal, the studio behind the film, believes will help fuel word-of-mouth. And the warm reception isn’t much of a surprise. “The Fabelmans” debuted to a standing ovation at the Toronto Film Festival in September, where it captured the audience prize, which is often seen as a precursor to future awards season success. It’s previously been won by the likes of “Green Book” and “La La Land.” “The Fabelmans” also earned glowing reviews, some of the best of Spielberg’s career, and there’s speculation that it could land him his third Oscar for directing (he’s already won for “Schindler’s List” and “Saving Private Ryan”).

But the truth is that even Spielberg is not immune to the unforgiving gravitational pull of a diminished theatrical landscape. His last film, 2021’s “West Side Story,” hit theaters during a surge of COVID, consigning the $100 million-budgeted production to a doleful $76 million global gross. If omicron hadn’t been on the scene, it’s unlikely that “West Side Story,” which was aimed at adults, would have done much more in the way of business. Other pandemic-era films designed to appeal to that kind of moviegoer — from “Belfast” to “Licorice Pizza” to more recent entries such as “Till” and “Armageddon Time” — have also failed to generate outsized ticket sales despite rave reviews.

“‘The Fabelmans’ is a Hollywood movie about moviemaking, and we know how that usually ends at the box office,” says Jeff Bock, an analyst with Exhibitor Relations. “It’s not great.”

But, Bock believes there’s reason to believe the film can defy the odds: “If anyone can pull it off, it’s probably Spielberg.”

“‘The Fabelmans’ performed like a lot of other prestige titles did,” notes Shawn Robbins, chief analyst with BoxOffice Pro. “But those kinds of movies are still recovering. The jury is still out about whether older crowds will show up or if they’re still worried about crowds and accustomed to watching these types of films on streaming.”

Universal is taking a more deliberative approach with “The Fabelmans” than Disney did with “West Side Story,” which opened wide and face planted. “The Fabelmans” will expand to only a few additional theaters next weekend, and then it be in roughly 600 screens and most major markets by Nov. 23, just in time for Thanksgiving.

By mid-December, the studio will debut the film on PVOD, which should mitigate risk and provide another revenue stream. They also believe that “The Fabelmans,” with its tender-hearted examination of Spielberg’s troubled relationship with his parents, is more broadly appealing than other awards fare, like “Tár,” with its unstinting look at sexual harassment, or “The Banshees of Inisherin,” a dark comedy featuring Irish accents so thick you may need subtitles. The comparison that Universal thinks may be more apt is “Ticket to Paradise,” a George Clooney and Julia Roberts-led romantic comedy that was marketed to older ticket-buyers and slowly but surely is looking to end its domestic run with $75 million in grosses.

Even Spielberg seems to recognize, however, that the kinds of original movies he made so popular — stories that don’t necessarily originate with comic books or graphic novels — are under threat. But ever the optimist, he sees reasons to be hopeful, pointing to the success of last summer’s “Elvis.” The movie about the life and times of the King of Rock and Roll became an unexpected hit with $151 million in the United States and $286 million globally.

“A lot of older people went to see that film, and that gave me hope that people were starting to come back to the movies as the pandemic becomes an endemic,” Spielberg recently told the New York Times. “I think movies are going to come back. I really do.”

Maybe “The Fabelmans” can be part of that revival. David Crosby, Remembered by Jason Isbell and Amanda Shires: ‘He Was Proud of the Person That He Had Become in His Old Age’