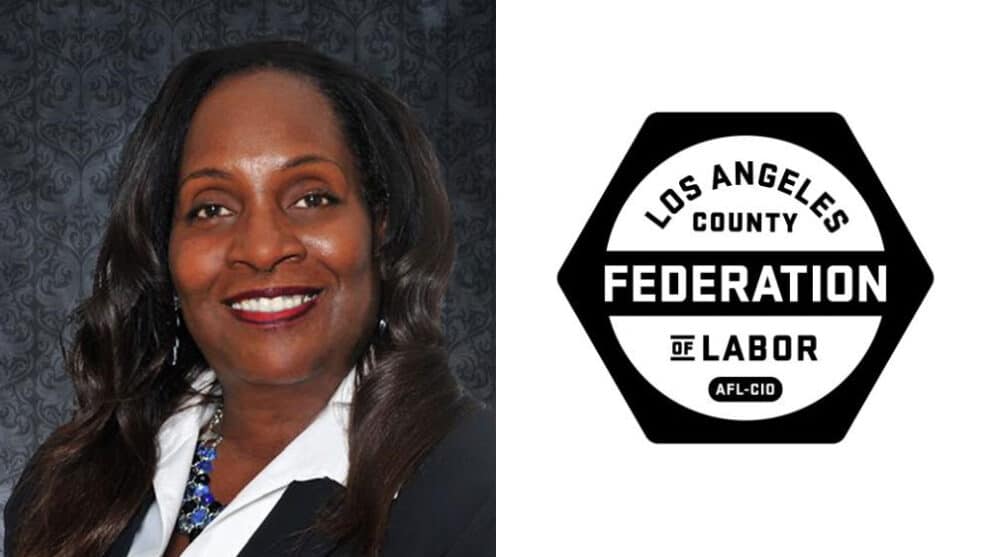 Yvonne Wheeler, a veteran labor leader and civil rights activist, has been elected president of the Los Angeles County Federation of Labor, AFL-CIO – the first Black woman to hold the post. She succeeds Ron Herrera, who resigned last month after being caught up in the leaked tape scandal that roiled City Hall. IATSE 2nd Vice President Thom Davis had been serving as interim president. The Federation represents 300 affiliated labor organizations representing more than 800,000 members.

Wheeler, who had been vice president of the Federation, is a national representative for the American Federation of Government Employees (AFGE). A labor organizer and leader for over 30 years, she’s a former president of the California State A. Philip Randolph Institute, an AFL-CIO-sponsored group. She has also worked as an AFL-CIO senior field representative covering all of Southern California and as the California director of the American Federation of State, County and Municipal Employees (AFSCME).

“I am honored to be elected to lead during such a critical time for workers,” said Wheeler. “In a post-Covid reality, we have to rebound, re-stabilize and reimagine from the perspective of workers to ensure we are on the right path, and that has to be our priority.”

“Change is never easy,” Wheeler said in a statement, apparently referring to the leaked tape scandal in which Herrera could be heard laughing at racist and cruel comments made by former City Council President Nury Martinez inside his office at the Federation. “But it is what we need right now. Our members, our communities rely on us, so we will fight to uplift their voices and build their power to make sure they are never put in this position again.”